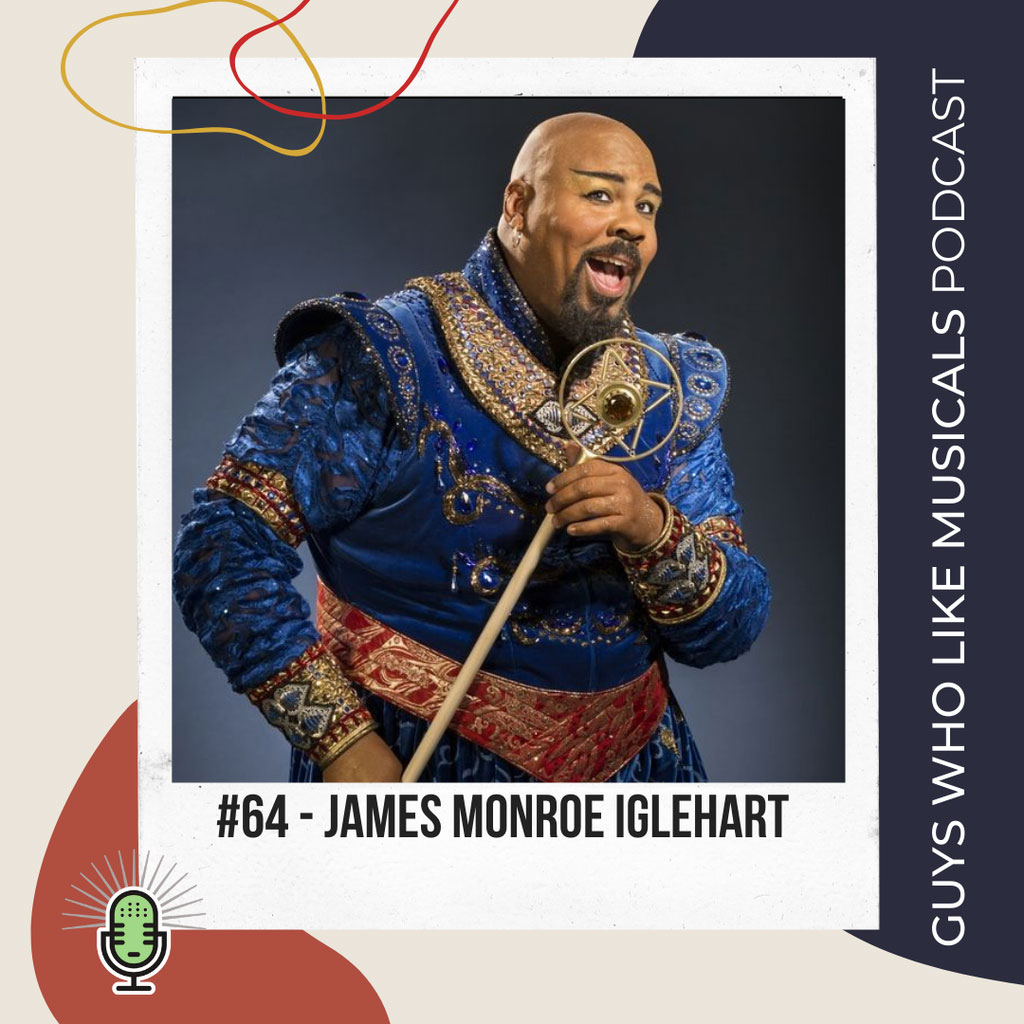 THE Genie, Tony WINNER James Monroe Iglehart is here!!! Oh, man. You know him from ALADDIN, MEMPHIS, and HAMILTON, but what you need is his Sweeney, his Porgy, his Freestyle, and his deep love of comic books. We talk about it ALL this week. From sustaining a long run to auditioning for your best friend, Lin Manuel Miranda.. James leads us through his career in a way only the Genie can. He’s hilarious, insightful, generous, and we’re so grateful he took the time to talk with us.

This Christmas James will lead the nation’s top miniaturists as they vie to build festive mini-holiday houses. Each week, only one team will wow the spirited panel of judges, including designer Genevieve Gorder and miniatures experts June Clinkscales and Dave Asling, to advance to the next round. Top contenders will compete for a grand prize of $50,000 and the winning miniature will be replicated into a full-size vacation home.

Tony Award winner James Monroe Iglehart is a native of the San Francisco Bay area. He most recently appeared on Broadway in two productions simultaneously – in the smash-hit Hamilton playing Lafayette/Jefferson, and with Freestyle Love Supreme as their special guest star. He made his Broadway debut in The 25th Annual Putnam County Spelling Bee. Iglehart then originated the role of Bobby in Memphis on Broadway before landing the role of Genie in Aladdin. For his work as the Genie, James won both the Tony Award and the Drama Desk Award for Best Featured Actor in a Musical. James made his sold-out solo debut at 54 Below in a show entitled “How the Heck Did I Get Here?” He was brought back for a sold-out return engagement shortly thereafter. James has brought his act to concert venues across the country. He recurred on the Netflix series “Maniac” opposite Jonah Hill and Emma Stone, and “Unbreakable Kimmy Schmidt” as Coriolanus Burt, the rival of male protagonist Titus Andromedon played by Tituss Burgess. James also guest-starred on “At Home with Amy Sedaris”, the Fox television shows “Perfect Harmony” and “Gotham” and on CBS’ “Elementary” and “The Good Wife”. He voices the role of Lance Strongbow on all three seasons of the hit Disney animated television show “Tangled.” He recently made his feature debut opposite Richard Gere, Peter Dinklage and Jullianna Margulies in the “Three Christs”.