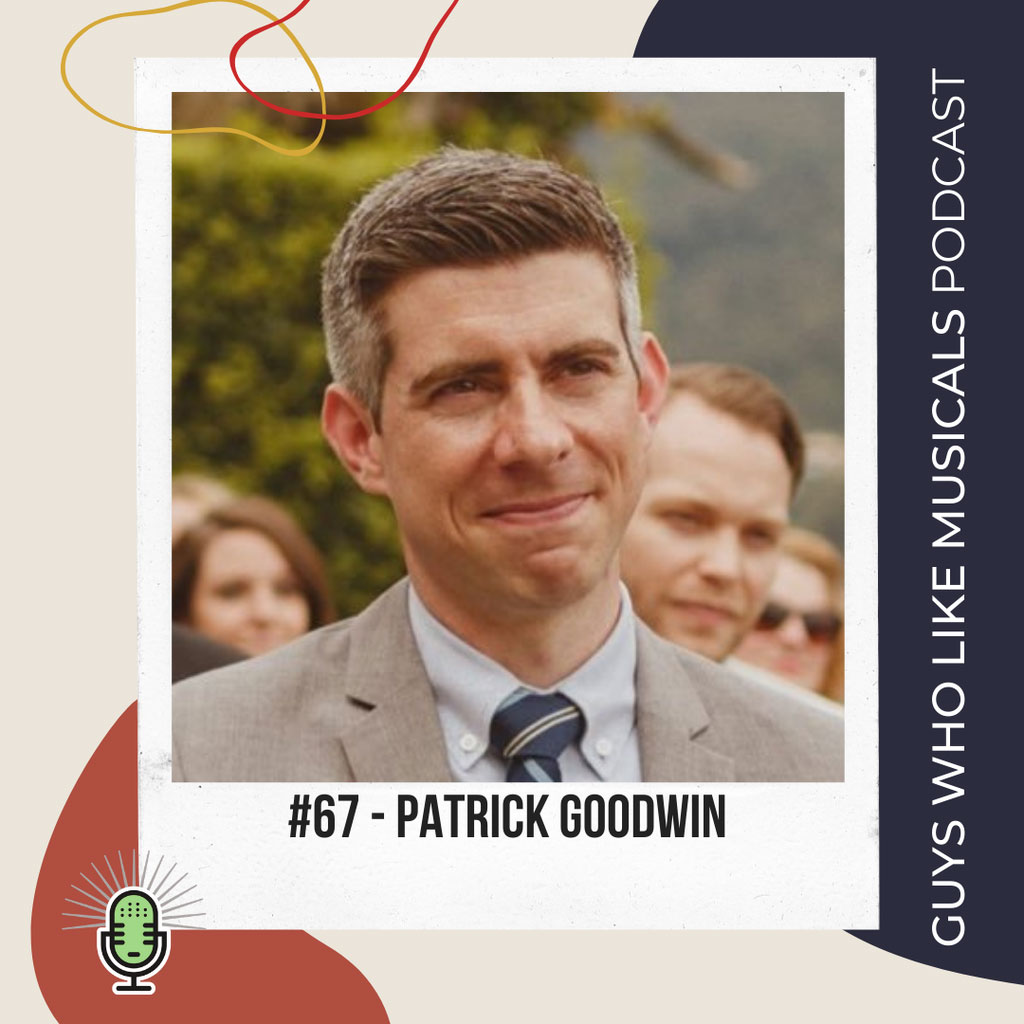 The definition of an enzyme is “a substance produced by a living organism which acts as a catalyst to bring about a specific biochemical reaction.” This is the closest metaphor Joe could come up with to describe role of Casting Director. The Casting Director is the actor’s best friend. Without a Casting Director, actors float around in a sea of troubles, singing their 16 bars into an abyss, waiting for someone to find them. Without Pat, Diane Paulus and the producers of WAITRESS wouldn’t know Dan Tracy. Pat Goodwin is one of the kindest, sweetest, most collaborative casting directors in New York City. Dan and Joe have auditioned for him countless times and every time is a joy. Auditioning can really suck and Pat makes the process as fun, as helpful, and as welcoming as possible. We loved talking to him this week and we can’t wait to get back in the room with him where we can sing, act, dance, sweat, sneeze, and spit all over each other.

Pat has worked at Telsey and Company for nearly 15 years and worked on shows that include Waitress, The Last Five Years, A View From The Bridge, Jesus Christ Superstar Live, The Cher Show, and a million others.

The team at Telsey + Company’s Broadway casting credits include basically every musical you’ve ever heard of. Hamilton, Pretty Woman: The Musical, Network, Be More Chill, American Son, Beetlejuice, Torch Song, Oklahoma!, Gary: A Sequel to Titus Andronicus, Something Rotten, The King and I, Finding Neverland, An American in Paris, Kinky Boots, If/Then, Newsies, The Bridges of Madison County, Annie, Godspell, Evita, Bonnie and Clyde, Chinglish, Baby It’s You, Catch Me If You Can, Sister Act, Priscilla: Queen of the Desert, The Normal Heart, Memphis, Spider-Man: Turn Off the Dark, Million Dollar Quartet, Elf, The Addams Family, 9-to-5, A Life in the Theatre, Reasons to be Pretty, Blithe Spirit, Next to Normal, Rock of Ages, Rent, Wicked, In the Heights, South Pacific, Hairspray, Legally Blonde, Company, November, Grey Gardens, The Color Purple, The Rocky Horror Show, All Shook Up, Tarzan, and Sweeney. Film credits include The Odd Life of Timothy Green, Friends with Kids, Jonah Hex, I Love You Philip Morris, The Other Woman, Margin Call, Mainstreet, Howl, Rachel Getting Married, Sex and the City: The Movie, Sex and the City 2, Across the Universe, Dan in Real Life, Pieces of April, Rent, and many more. Telsey + Company is also responsible for casting several national tours, off-Broadway productions, regional theatre productions, commercials, and television projects, including Smash for NBC and A Gifted Man for CBS.