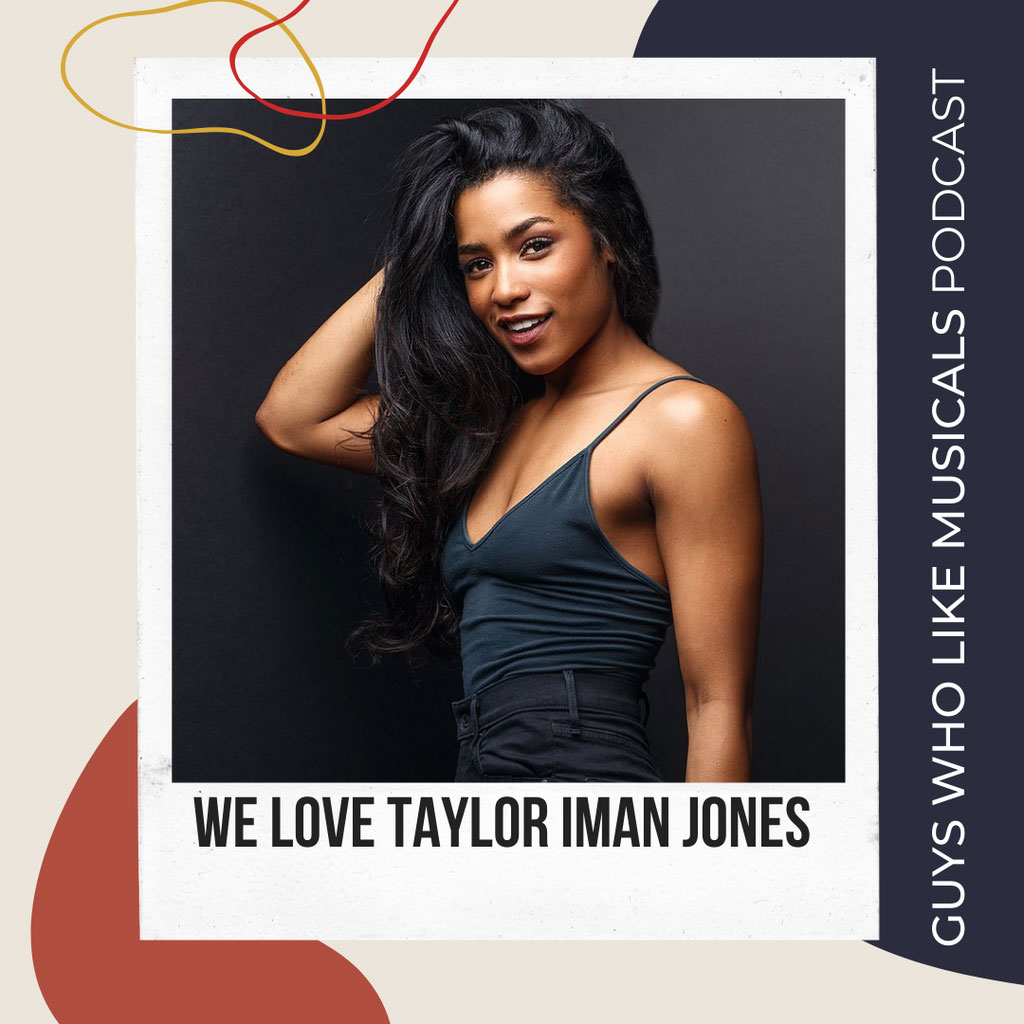 Have you heard of THE DEVIL WEARS PRADA? Joe wants 2020 to be over for Taylor Iman Jones’ sake. Broadway’s newest IT girl was having the best year ever until COVID screwed everything up. HAMILTON and THE DEVIL WEARS PRADA were about to happen at the same time!! UGH. BUT all hope is not lost… 2021 is coming and so is Taylor Iman Jones. The star of HEAD OVER HEELS is hilarious, insightful, so real, so kind, and she put up with Dan for a year on the bus and truck tour of AMERICAN IDIOT so you know she’s patient. We talk about unemployment, not taking auditions too seriously (but memorize your lines), and how meditation is everything … Check it out!

Taylor Iman Jones is an Actor, Singer, and Teaching Artist based out of New York City. When we’re back in our theaters, you can see her as Peggy Schuyler/Maria Reynolds in the LA production of HAMILTON the musical. She made her Broadway debut in Groundhog Day the Musical, and later originated the role of Mopsa in Head Over Heels. Off-Broadway, she was seen as Pat in the new musical Scotland, Pa. And outside of New York, she appeared in The Tale of Despereaux at The Old Globe in San Diego, and The Who’s Tommy at The Kennedy Center in Washington, DC. In 2014, she performed as Extraordinary Girl in the National Tour of American Idiot. A Bay Area native, you could have seen her performing with American Conservatory Theater, San Francisco Playhouse, Center Rep, Berkeley Playhouse, Bay Area Children’s Theater, and Ray of Light, to name a few. When offstage, Taylor is a passionate teaching artist, and enjoys playing her guitar. *Taylor has been announced to portray Andy Sachs in the upcoming Broadway bound production of The Devil Wears Prada.*