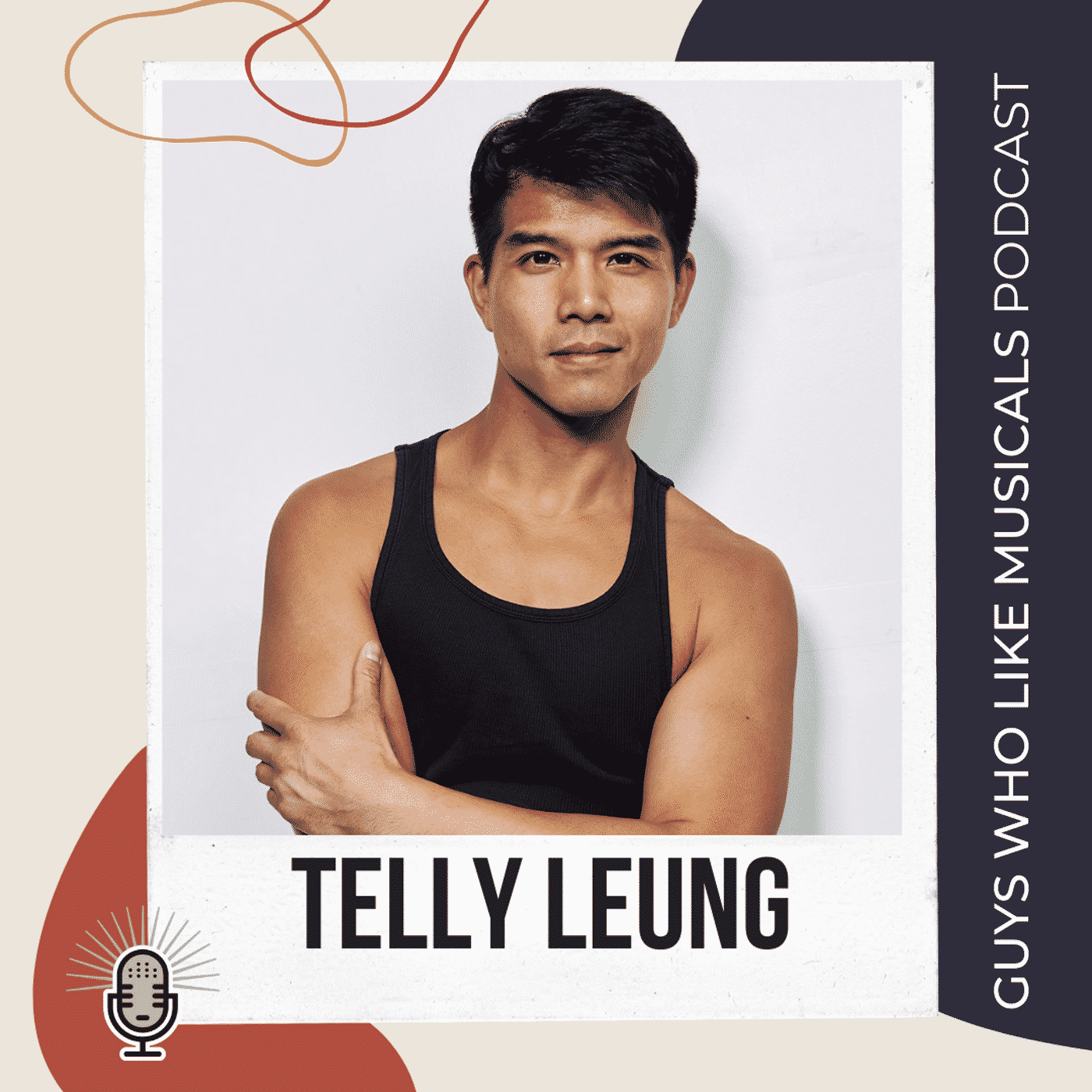 We’re back with PROFESSOR Telly Leung! Godspell, Aladdin, Rent, Glee, Allegiance, In Transit … the guy has had an incredible career and he’s just getting started. Telly just returned from Godspell at The University of Michigan and Dan and Joe are ready to go back to college so they can be directed by Telly. This is such a joy of a conversation. We talk about why representation matters, the reckoning in our business, creating art, waiting overnight in line for 20$ tickets, and how the greatest buzz for Telly comes from teaching the next generation. We love this man. We love you. Happy Friday.

Telly was born and raised in New York City. He grew up in a traditional Chinese home in Bay Ridge, Brooklyn. After graduating from Stuyvesant High School he attended Carnegie Mellon University.. Not a big deal 🙂

It was also at CMU that Telly met fellow CMU-alum and KINKY BOOTS Tony-Award Winner, Billy Porter, who returned to his alma mater to direct the main stage production of Sondheim’s COMPANY. After casting Telly as Bobby in “Company”, Porter made a phone call to his colleagues who were involved in the upcoming Broadway revival of FLOWER DRUM SONG which eventually landed Telly the understudy for Wang Ta.

After playing Bobby in Sondheim’s COMPANY in college, Telly would later get the opportunity to work with the legendary Stephen Sondheim in Roundabout’s Broadway revival of PACIFIC OVERTURES in 2005. After PACIFIC OVERTURES, Telly originated the role of Boq in the Chicago company of WICKED, collaborating with fellow CMU-alum, Stephen Schwartz. Other Broadway credits include the final company of RENT – where he also got to make his film debut in Radical Media / Sony’s RENT: FILMED LIVE ON BROADWAY, which is available on DVD and Blue Ray. After RENT ended its Broadway run, Telly went on an international tour with original RENT stars Adam Pascal and Anthony Rapp in RENT: THE BROADWAY TOUR. He would later reprise the role of Angel in RENT at the Hollywood Bowl, directed by Neil Patrick Harris and starring Vanessa Hudgens, Aaron Tveit, Skylar Astin, & Wayne Brady. In 2011, Telly would get another opportunity to collaborate with composer Stephen Schwartz in the Broadway revival of GODSPELL at the Circle in the Square Theater.

Telly was involved in the development of Broadway’s ALLEGIANCE, creating the role of “Sammy” alongside Lea Salonga (MISS SAIGON) and George Takei (STAR TREK). ALLEGIANCE is the story of one Japanese-American family’s struggles and triumphs during the Japanese Internment of World War II. The musical made its sold-out world premiere at the Old Globe Theater in San Diego in 2012 and premiered on Broadway in the Fall of 2015.

In June 2017, Telly Leung began his star turn as the title character in Disney’s ALADDIN on Broadway. He would continue to play the role for two years, and his caricature would eventually earn a coveted spot on the wall’s of New York’s historic Sardi’s restaurant.

Telly has appeared on television in GLEE (as Wes of the Dalton Academy Warblers), INSTINCT (CBS), ODD MOM OUT (Bravo), DEADBEAT (on Hulu), LAW AND ORDER: CRIMINAL INTENT and played Kevin in the pilot of ABC’s performing arts drama, LIMELIGHT. He was also heavily featured in the PBS documentary BROADWAY OR BUST as a teacher and performance coach for the Jimmy Awards.