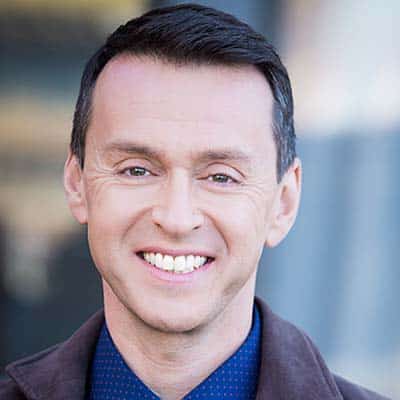 Andrew Lippa is a composer, lyricist, singer, actor, conductor, and record producer. His “Unbreakable” had its world premiere with The San Francisco Gay Men’s Chorus in June 2018 with 300 artists onstage, including himself. In May of 2018, he conducted the Royal Philharmonic Orchestra in a new production of his and Brian Crawley's A Little Princess in concert at the Royal Festival Hall to a sold-out crowd of nearly 3,000 people. His hit song “Evil Like Me” appears in Disney’s Descendants. Written for Kristin Chenoweth, the soundtrack hit #1 on the “Billboard 200” album chart, #1 on the iTunes and Billboard soundtrack charts and “Evil Like Me” was certified gold in 2017. He has conducted celebrated pianist Lang Lang and the Guangzhou Symphony Orchestra in the world premiere of a commissioned symphonic work for piano, soprano, tenor, children’s chorus, and orchestra. His epic oratorio for men’s chorus, orchestra and soloists, has seen over 30 productions including Disney Hall and Lincoln Center. Lippa’s newest musical, The Man in the Ceiling, based on Jules Feiffer’s book (and co-written with Feiffer) released a world premiere studio album in May of 2019. His obsession with Netflix’s Tiger King yielded two songs/videos in April, 2020 and, for a while, got his mind off the pandemic.

Broadway credits include: music and lyrics for Big Fish; the Tony®-nominated music and lyrics for the Broadway musical The Addams Family directed by Jerry Zaks, as well as the music for Aaron Sorkin’s Broadway play The Farnsworth Invention directed by Des McAnuff. Other musicals include the Drama Desk award-winning musical The Wild Party (book/music/lyrics); John & Jen (music/book); Asphalt Beach (music and lyrics); Life of the Party (a compendium of Lippa’s works/Menier Chocolate Factory); and You're A Good Man, Charlie Brown (additional music/lyrics and arrangements).

Awards include Tony® and Grammy® nominations; shared Emmy for Nickelodeon’s The Wonder Pets; SFGMC Vanguard Award; The Drama Desk Award; The Outer Critics Circle Award. A graduate of the University of Michigan, Lippa serves as president of the board of The Dramatists Guild Foundation www.dgf.org