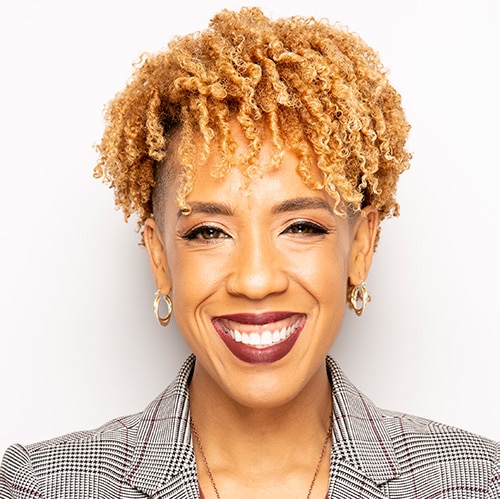 As a writer and photographer, Angélique has contributed to NBC News, Black Girl Nerds, Syfy Wire, Marvel.com, and Rewire News. She is currently the host of Marvel Entertainment's Marvel's Voices podcast, an on-air contributor and host of the podcast Geeksplain for Syfy Wire, and New York Public Radio’s live monthly podcast “Very Biggest Questions” at The Greene Space.  She co-hosts  The Radical Geeks and The Women of Marvel Podcast, has appeared as on SiriusXM Progress, and can be heard in work for Vox Creative.

Prior to working as a full-time creative, Angélique created communications infrastructures and crafted narratives for organizations and various issue and political campaigns. Most recently, she was the VP for External Affairs at the Ms. Foundation for Women. In 2014, she served as the campaign manager for Nina Turner for Ohio Secretary of State, making her the first African-American woman to run a statewide campaign in Ohio. In addition, she has provided strategic storytelling, branding, and infrastructure consulting to local, state and national organizations and campaigns in LA, AK, VA, and Benin, Africa. From 2008-2011 she served as a legislative aide for US Senator Mary Landrieu.

Angélique has received a number of awards including the EnVest Foundation’s National Capital Region’s 40 Under 40, Apex Society’s 30 Under 30, and the Southern University Law Center’s Young Trailblazer Award. She is a member of Delta Sigma Theta Sorority, Inc., Sigma Alpha Iota Music Fraternity, the LA State Bar Association and the American Inns of Court.