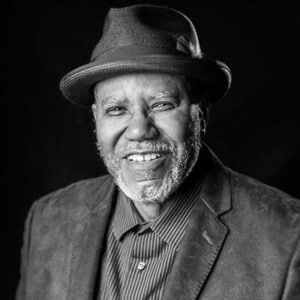 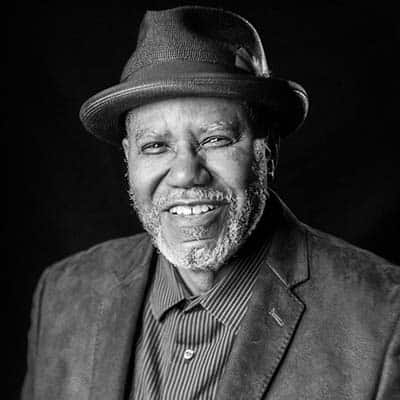 His theatre performance credits include “The Gospel at Colonus” on Broadway, “The Warrior Ant” at Brooklyn Academy of Music (BAM) as well as many regional performances including “Spunk”, “Driving Miss Daisy”, “Home”,  “Ma Rainey’s Black Bottom”, “Joe Turner’s Come and Gone”.

Theatre directing credits include, “House With No Walls” , “Citizen” and “Black With A Capital B, Skelton Crew for Curious,  “Proof” , “Emperor Jones”, “Zora”,  “Slut Energy Theory”, Denver and Dallas and at the Cherry Lane Theatre in New York, “Crumbs From The Table of Joy, K2, Color Purple, Who Killed Jigaboo Jones,  I Go On Singing the Life of Paul Robeson, Black Elk Speaks , Porgy and Bess, The Mountain Top for which he received a Henry Award  for Best Director.  betts also recently received John Madden Jr. Lifetime Achievement Award from CBCA

His film performance credits include “Switchback” and “Honeydripper” both directed by John Sayles.  His production company, No Credits Productions produces the award-winning radio drama series “Destination Freedom, Black Radio Days”, and documentary films including “Music is My Life, Politics My Mistress: The Story of Oscar Brown Jr.”  screened at over 25 film festivals worldwide, won eleven “Best Documentary”, Audience’s Choice Awards and aired on PBS plus stations nationwide, His  film, “Dearfield: The Road Less Traveled” a docudrama about the all-black town in northern Colorado was nominated for an Emmy.

He won an Emmy for “My Voice” a film on spoken word artist/actor Jeff Campbell.  His films Lincoln Hills and Dr. Justina Ford currently air on RMPBS.org. donnie is a skilled facilitator of conversations about Race and inclusion in America having facilitated or created programs for History Colorado, area high schools and Curious Theatre.

He produces “The Why” Women of Power TV series. betts is currently in production on the film “Beyond Chaos” Is America Possible. A look at America’s democracy told through the lens of an intergenerational America. Also is production “Stop Resisting” a deep dive into policing in America.His recent podcast “A Letter From Heaven to America from Emmett Till marked the 65th anniversary of the killing of 14 year Till betts paired it with a concert for Elijah McClain with the blessings of both families. The audio drama has been nominated for a NABJ Award.

Mr. betts states, “My purpose as a director/producer is to create work that has an impact on the audience to even have their hearts so moved that they see the productions as a call to action.  I deal with subjects like HIV/AIDS, domestic and sexual violence, age, gender and race bias, immigration, slavery, health care and housing bias.