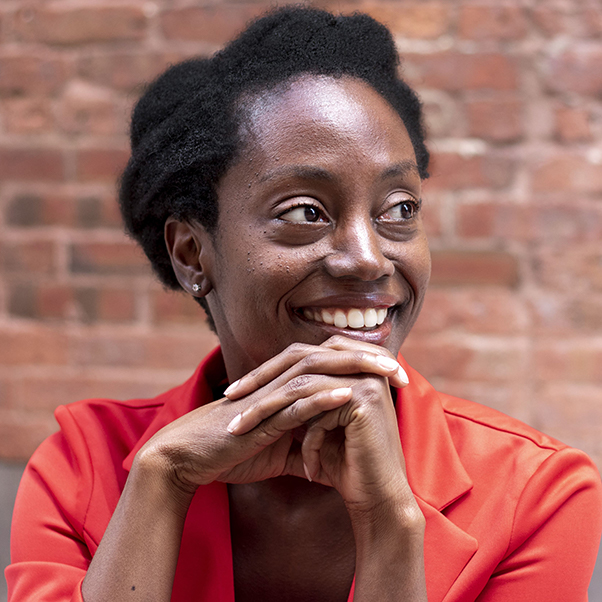 Ebony Vines is a writer, director, producer and the co-host of Theatre Geeks Anonymous. Ebony’s love of musical theatre was passed down from her late Mother who loved to watch musical movies with her daughter while grading her students' homework. After a long conversation with her friend Pamela about growing up a theater geek, obsessively listening to cast recordings and also loving true crime, they created the podcast Theatre Geeks Anonymous.

Her producing and directing credits include the Typecast Benefit Concert at The Duplex in which she raised money for two not-for-profits that are making massive social changes.  In 2019 she produced The Women's Cycle at The Cell Theater, which was a showcase for female identifying artists who told stories that aren’t often highlighted in the mainstream. She has been featured in blogs and publications for her theatrical work and is a 2020 graduate of the CTI fourteen-week commercial theatrical producing program. Ebony is a founding member of the Think Tank for Theatrical Innovation which is a "collaborative community of theater professionals who provide innovative strategies to promote inclusion, equity, diversity, and access in the creation and business of theater."