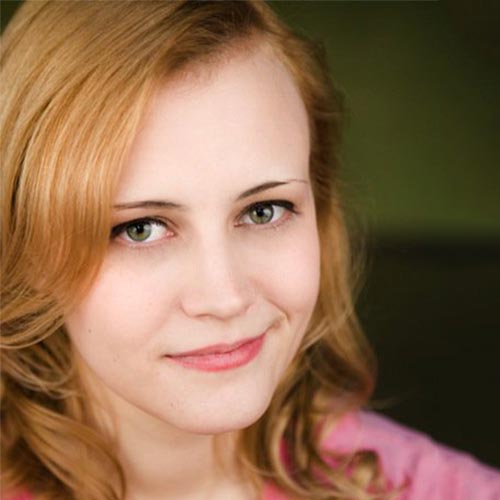 Host of The Dear Friends Podcast & Once More, With Dragons!

Emily Clark is a complete novice to DnD... but she sure knows a lot about old timey musicals! Creator of the web series, Stealing Focus, Emily tackles everything from golden age musicals to gaudy 80's mega-musicals, all with the help of her buddy Gerald, a fuzzy green puppet. Emily is a native and current resident of LA, where she also works as an actor, producer, director, and teacher. If she had to pick her favorite roles and shows, they'd be Annie (Miss Hannigan), Mr. Burns: a post-electric play (Edna, LA Premiere), HAiR (Jeanie), Assassins (Squeaky Fromme), 35MM: A Musical Exhibition (LA Premiere), and Matt and Ben (Matt Damon). Emily can often be found around town hosting and performing in various cabarets, including (Mostly) Musicals and Musical Mondays. Artistic Director of The Unknown Artists, associate company member of Sacred Fools, graduate of UC Santa Cruz and the LA County High School for the Arts.

VISIT THE DEAR FRIENDS PODCAST PAGE
VISIT THE ONCE MORE, WITH DRAGONS! PAGE