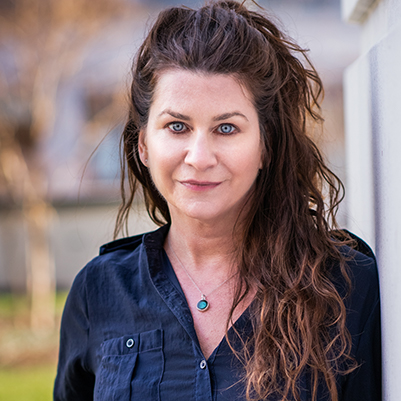 Co-Founder and Artistic Director of Houses on the Moon

Emily Joy Weiner is the Co-Founder and Artistic Director of Houses on the Moon Theater Company. Since 2001 she has been creating, developing, performing, producing and directing new works that address the complex and sensitive issues of our time. Emily is also a teaching artist and has been facilitating creative workshops in the NYC public schools for the past 20 years, specializing in programs with teenagers going through the criminal justice system. Most recently Emily directed the Off-Broadway production of THE SANTA CLOSET at Teatro Circulo, guided the company through its production of DE NOVO at Next Door at NYTW, directed the world premiere of THE ASSIGNMENT at the ART/New York Theatres, and continues to guide the touring live storytelling production of gUN COUNTRY. She has performed all over NYC and beyond with some highlights including OTHELLO at the West End Theater, COMING THROUGH at the American Place Theatre, FINDING THE WORDS at the Lucille Lortel, AN EPIDOG with Mabou Mines and FEFU AND HER FRIENDS at Williamstown Theatre Festival. She co-developed and toured a one-woman adaptation of Faulkner’s AS I LAY DYING with the late Wynn Handman of The American Place Theatre, with whom she studied for many years. The League of Professional Theatre Women recently honored Emily with the Josephine Abady award for her work with Houses in the creation of multicultural works. She is currently writing and developing a new play called SHARED SENTENCES which will premiere Off Broadway in 2022.