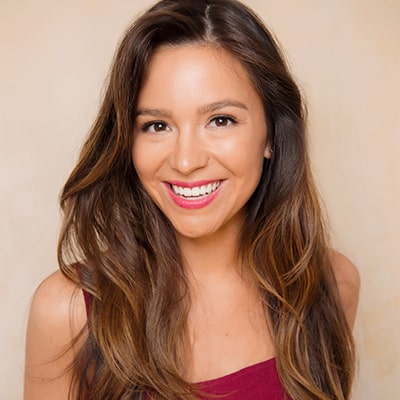 Grace Aki is a Georgia peach turned New York City pizza rat. From Japanese and American Southern roots, Grace has a taste for many cultures. She began dancing at 3, doing voiceovers for radio and became enthralled in storytelling and drama. Before graduating high school, she had already hosted several shows for a travel series, announced on air for FRIDAYS on Cartoon Network, became an award-winning mime, and failed algebra three times. Grace is the reigning Miss North Georgia Agricultural Fair Queen because upon her crowning, she was promised a funnel cake. Grace graduated from Upright Citizens Brigade and The Barrow Group’s respective performing programs. It was under the training of Seth Barrish (Mike Birbiglia’s The New One) that she developed her stand-up solo play, To Free a Mockingbird. She is the host of the storytelling podcast ‘Tell me on a Sunday’, and a daily Broadway news correspondent for Broadway Radio. Grace is the Marketing Strategist for the Grammy Award Winning Record Label, Broadway Records. As a visual artist, she sells her watercolor and ink prints on Etsy and in retail establishments across the US. When she’s not doing all that, she eats a bagel.