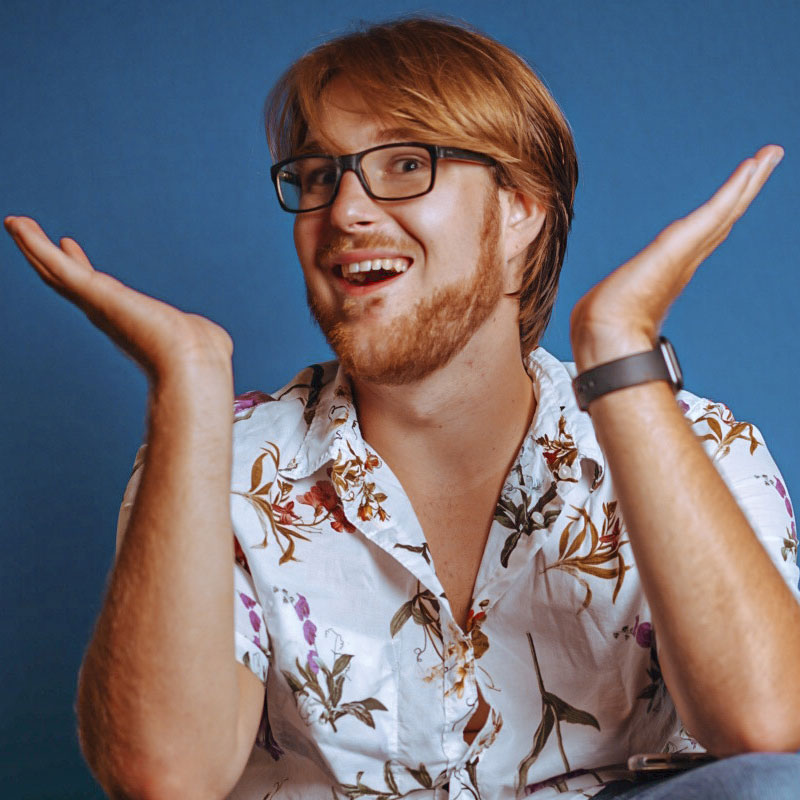 Host of Musicals with Cheese, The Dear Friends Podcast & Once More, With Dragons!

Jesse McAnally is a film director (according to Google), actor, YouTuber, songwriter, podcaster, and recent DnD enthusiast. He has been making movies since he was 5, acting out elaborate plots with dolls and forcing his family to watch. We think his recent work is probably more promising. After graduating from Wayne State with a degree in Media Arts and Studies, he decided to return to his high school hobby: sharing his passion for musical theatre with others through a new podcast, Musicals With Cheese, where he teaches a layperson new to the community the ins and outs of being a theatre nerd. When Jess isn’t delighting musical theatre fans the world over with his acumen and dark humor, he works a straight laced, grown up person job at Ford as a Graphic Designer and Video Producer. He is also involved in his community (somewhat involuntarily since his grandmother was the mayor of his town) as a member of the local Historical Society, Arts Council, and has even run for City Council. His favorite thing to do is hang out with his girlfriend and judge the chefs on Chopped for their poor decisions. And even though there’s no Ted Allen in DnD, Jess is happy to be involved anyway.