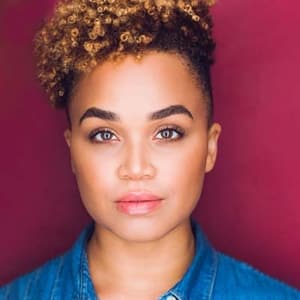 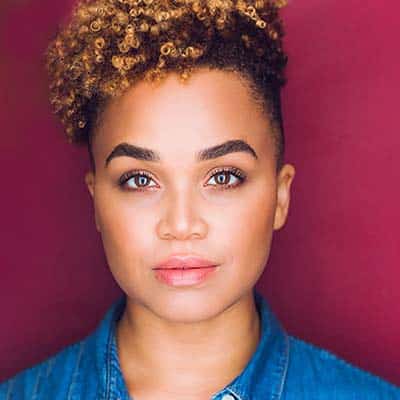 Co-Host of OFF BOOK

Kim Exum (Actor/Producer) is a mother/actor/artist based in New York City. She currently stars as Nabulungi in the Broadway company of The Book of Mormon. Favorite credits include The Book of Mormon (2nd National Tour), The Country Wife (Red Bull Theater), For The Last Time (Theatre Row), and a series of PSAs for Planned Parenthood. In addition to acting, Kim serves as a co-host on Broadway Black’s critically acclaimed Off Book: The Black Theatre Podcast and a producer for The Antonyo Awards. A poet and solo performance artist, Kim won VIBE magazine’s inaugural Verbal Stimulation Spoken Word Showcase in which she explored current events and familial dynamics facing the black community. “An artist’s duty, as far as I’m concerned, is to reflect the times” – Nina Simone. #blacklivesmatter