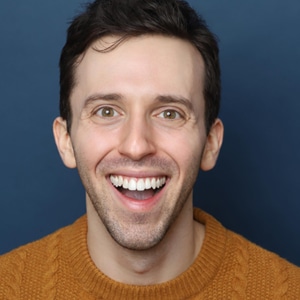 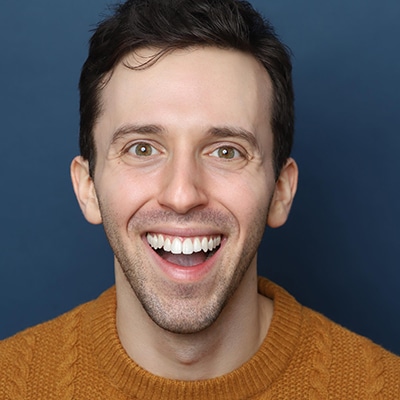 Matt is an out and proud Theatre Nerd. Since he was very small, he has spent countless hours pouring over theatre history books, cast albums, and wracking up an impressive Playbill collection that now has its own storage unit (true story). After graduating with a BFA in Musical Theatre from Emerson College, he spent some time working as an actor. After making his Off-Broadway debut in a play called “Daddy Issues,” where one critic wrote that “his averageness works,” Matt figured it was best to transition.

He went into writing, first as a reviewer for Broadway cast recordings (castalbumreviews.com, if you’re interested). Then creative writing. His screenplay “Knowing Eric” has placed high in a few national industry competitions, though it’s still un-produced. As soon as he can get Julia Louis-Dreyfus to read it, Matt’s sure that will change. Or Laura Linney. Both would be right for it, honestly.

Still passionate and opinionated about theatre, you can catch Matt’s theatre reviews and opinion pieces on his Instagram (@mattkoplik), where he is careful to curate his words succinctly and display them attractively so that the reader can enjoy the aesthetic while reading his reviews. When not seeing a show or podcasting about one, you can catch Matt eating a bagel in the park or reading a book while walking through crowds. He still doesn’t know how to ride a bike.