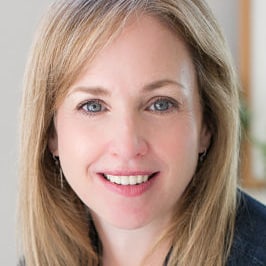 Pam Pariseau was most recently the Creative Development Director for Stage Entertainment (producers of Sister Act, Rocky and Big Fish) where she worked on the upcoming Broadway bound production of Anastasia by Lynn Ahrens and Stephen Flaherty and Terrence McNally. She has also served as Vice President of James Hammerstein Productions, a theatrical production company that worked on and off-Broadway and in London’s West End. Broadway credits include Honeymoon in Vegas, Tracy Lett’s play Superior Donuts andThe Seagull with Kristin Scott Thomas and Peter Saarsgard. West End productions include Dealer’s Choice, Sunday in the Park with George and Dirty Blonde (directed by James Lapine and featuring the original Broadway cast). Off-Broadway credits include Bat Boy The Musical (music and lyrics by Laurence O’Keefe), Slut, The Big Bang, My Name Is Rachel Corrie (directed by Alan Rickman) and Our Town. The production of Our Town had the distinction of being the longest-running professional production of Our Town in history, and was the winner of the 2009 Lucille Lortel Award for Outstanding Revival and Outstanding Director. She has served as Creative Director of National Artists Management Company (producers of the Broadway production of CHICAGO) where she worked on the Broadway production of Annie Get Your Gun with Bernadette Peters and the off-Broadway production of This Is Our Youth with Mark Ruffalo. She has also been the Casting Director and Literary Manager for Musical Theatre Works (a developmental non-profit dedicated to new Musicals), Development Director for New View: Musicals in Process, and Artistic Director of the Helen Hays Performing Arts Center in Nyack, New York and the Chiswick Park Theatre in Sudbury, Massachusetts. She received the 2011 Distinguished Alumni Award from her alma mater, The Boston Conservatory. Along with Co-Director Gordon Greenberg, she founded the Broadway Teaching Group, a full service arts education program for theatre educators and students.