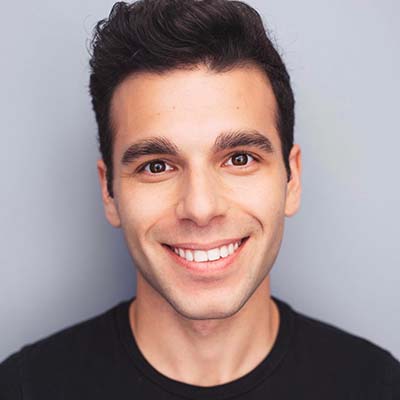 Host of The Art of Kindness

Robert Peterpaul is an award-winning actor, writer and celebrity interviewer with a passion for storytelling and spreading kindness. An NJ native, he discovered his love for the arts at a young age, frequently found either: putting on shows in his living room or browsing the aisles at Blockbuster.

At age 9, Robert made his Off-Broadway debut at the York Theatre and from there was cast in the Broadway musical SEUSSICAL. He has been working in the TV/Film and theatre space ever since, being named "Connecticut's BEST ACTOR" by BroadwayWorld along the way. Some recent acting highlights include: IFC's KING COBRA, SONY's WHAT HAPPENED LAST NIGHT and NEWSIES at the Westport Country Playhouse.

Robert has also been a writer for over a decade, writing for major publications and shows like: NBC’s America’s Got Talent, Screen Rant, The Huffington Post, Backstage, Casting Networks, Writer’s Weekly and, HOLA! USA, where he was the Head Weekend Editor for six years. Throughout his career he’s been fortunate enough to interview acclaimed talent like: Oscar-winner Allison Janney, Emmy-winner Sterling K. Brown, Tony-winner Kristin Chenoweth, Grammy-winner Meghan Trainor and more.

Most importantly, Robert is intent on giving back. He and his family formed the nonprofit THE THOMAS PETERPAUL FOUNDATION in honor of his late brother Thomas who passed away from cancer. TPF has helped countless pediatric cancer patients and their families since its inception. Robert notably teamed up with Novartis and spoke before congress at the US Capitol on behalf of TPF to get the CAR T Cell Therapy approved (read more in the NY Times). In addition, he works for the nonprofit WOMEN IN ENTERTAINMENT, which assists women both working in and aspiring to work in the entertainment industry.

Find out more about Robert at robertpeterpaul.com.