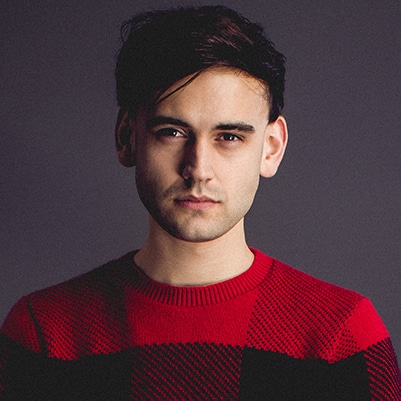 William J Connolly is a journalist, editor and broadcaster who has interviewed and featured some of the biggest names across the entertainment and LGBTQ sphere. He ended his run as Editor of Gay Times Magazine in December 2019, marking him the youngest person to to ever hold the respective title. He was a leading producer on Turn Up London, a streamed musical performance in direct response and support for the Black Lives Matter movement; and Theatre Camp Live in direct support of LGBTQ people during the covid pandemic. Together, both events raised over £20,000. He currently works as an independent journalist, freelancing day-to-day within mainstream media organisations and publications; including Notion, Getty Images, Gaydio (news anchor) OK! Magazine, Talk Radio, Euphoria, the V&A as an independent arts guest host, and many others. He also works with Fourth Wall Live on independent concert programme interviews. Additional credits include work with the British Government on the rollout of their LGBTQ Action Plan, an opportunity that found him personally invited by the UK Prime Minster to 10 Downing Street during Pride Month; on tour across the country with RuPaul’s Drag Race; and backstage for the full West End run of Curtains, the Kander and Ebb musical. He is also the founder and host of eleven: The Official Theatre Podcast.