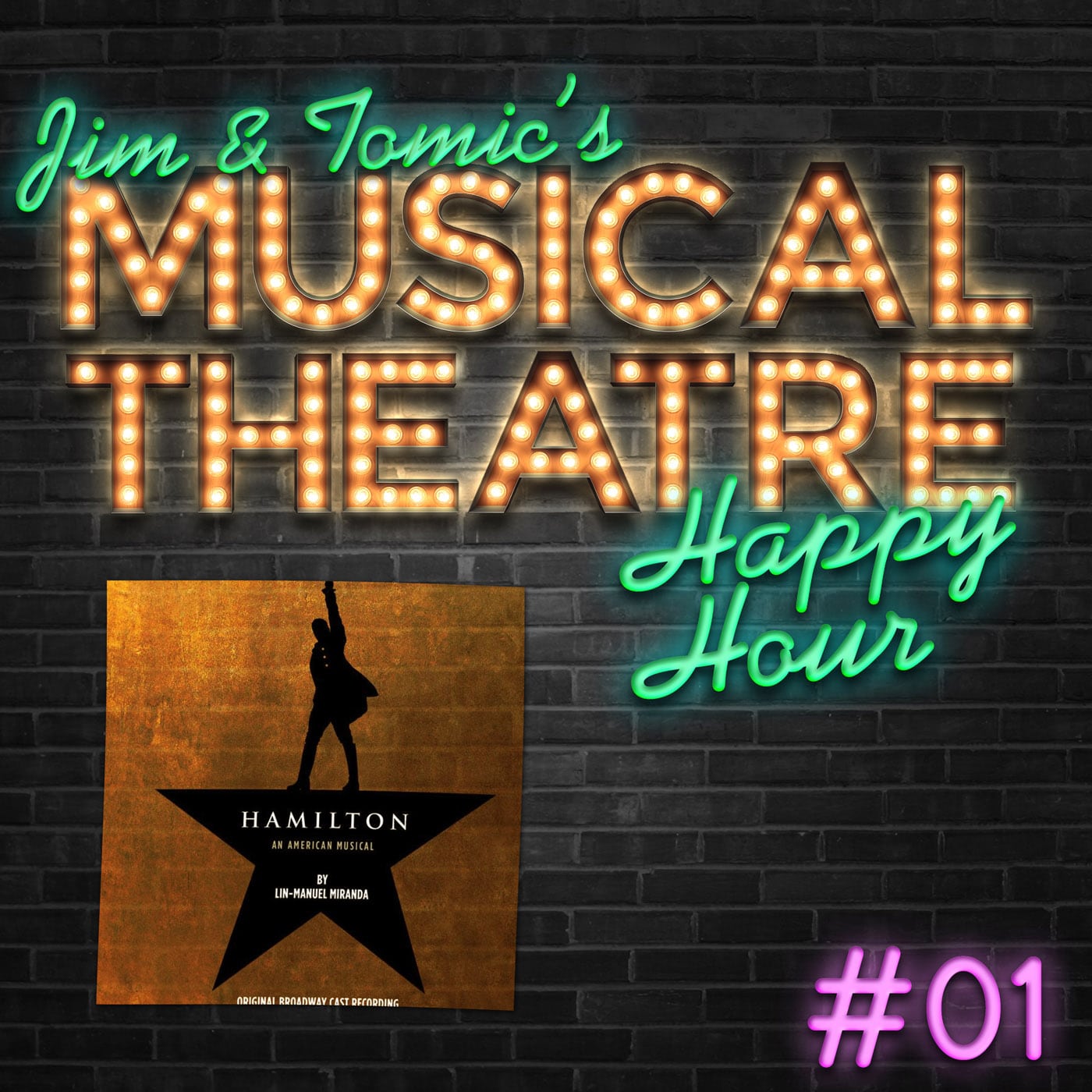 We launch straight in with a Lin-Manuel Miranda-shaped love-fest to discuss the musical that is taking this Broadway season by storm and discuss the characters, lyrical genius and influences of the smash-hit sensation ‘Hamilton’.

Want to know what we meant by ALW ‘queening everything up?’ Check out this episode of ‘Over the Rainbow’ and all will become clear. This particular episode says goodbye to Emilie Fleming. Good luck.

Schoolhouse Rock; for Jimi and the other non-Yanks out there.

Wanna get real nerdy about Hamilton (like Tommy’s U.S. History teacher co-worker)? Check out the online collection of Hamilton’s writings.

Watch the beautiful ‘In the Heights’ documentary; featuring the best quote ever by Karen Olivo: “Dreams come true, bitches!” That they do, Karen. That they do.
linmanuel.tumblr.com. ’nuff said.

Pretty much all of the Ham4Ham performances.  Go watch ’em. Now. Like right now.

Read more about Daveed Diggs’ epic journey to Broadway in the New York Post. Then listen to “Guns and Ships” and bask in his brilliance.

Watch Lin-Manuel, Renée and Daveed absolutely kill it in the BET Awards Cypher. Oh, and the lyrics have already been ‘Genius-ed.’

Take a look at these Hamilton casting descriptions. Even the characters are mash-ups!

Read what Stephen Sondheim (and the Roots and Ron Chernow) have to say about Hamilton. Spoiler alert: good things. They have good things to day.