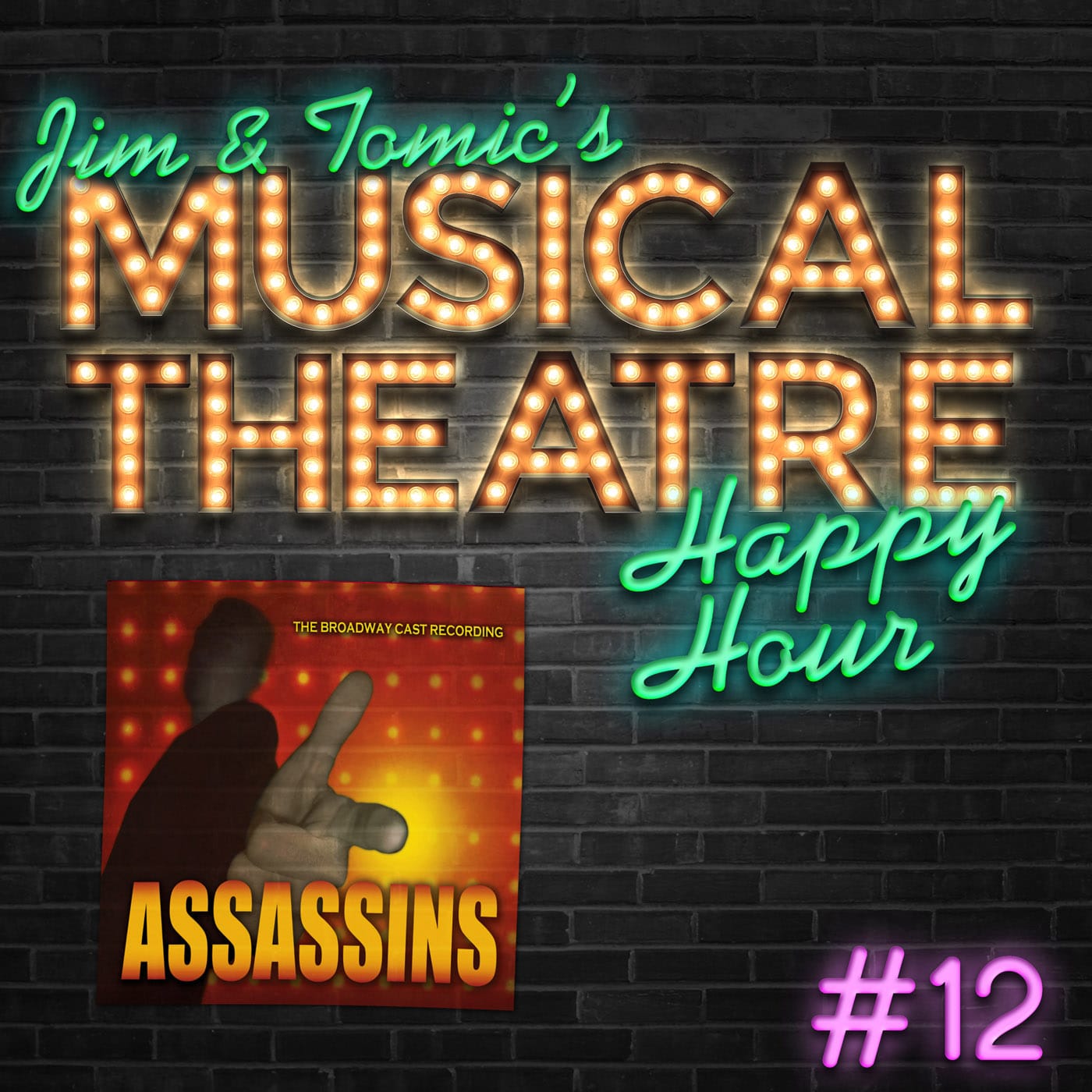 This time around we’re going in heavy with Stephen Sondheim’s harrowing hit ‘Assassins’. We try and tease apart the intricacies of the American Dream, discuss how musical theatre can be used as a form of therapy in times of crisis and discuss what it means to be a ‘docu-musical’.

Big thank you once more to Dave Malloy and Team Comet for giving us a shout out! If you’re new to the podcast feel free to check out some of our older episodes. Jimi’s top choice is ‘A Cabaret Cocktail’ and Tommy’s is ‘Dinner With Dolly’ but take your pick, pour yourself a drink and enjoy!

This episode was recorded prior to the killings in Baton Rouge, St. Paul and Dallas and are therefore not discussed among the other tragic events in Orlando.

If you didn’t join us, you can check out Tommy’s “high-budget” live stream here where so many of you asked us to talk about Assassins!

Check out some pictures of the amazing all-star cast in rehearsal for the recent Menier Chocolate Factory production of Assassins here and bow down to the glory of Aaron Tveit in a beard.

There aren’t many musicals whose characters are still alive today, but Assassins is surprisingly one of them. Here are some fascinating/chilling interviews with Sara Jane Moore and Lynette ‘Squeaky’ Fromme.

Have a look at the chilling photo of Lee Harvey Oswald’s assassination after his arrest in 1963.

If you’re interested, you can have a look at the publicity photos from Jimi’s production of Assassins in 2012!

Also if you’re an amateur director looking to flex their creative muscles look no further than this show! If you want to ask Jimi any questions about it just drop us an email via our contact box.

We’ve got no quiz question this time, just a request – go out there, spread some love and listen to some musical theatre!