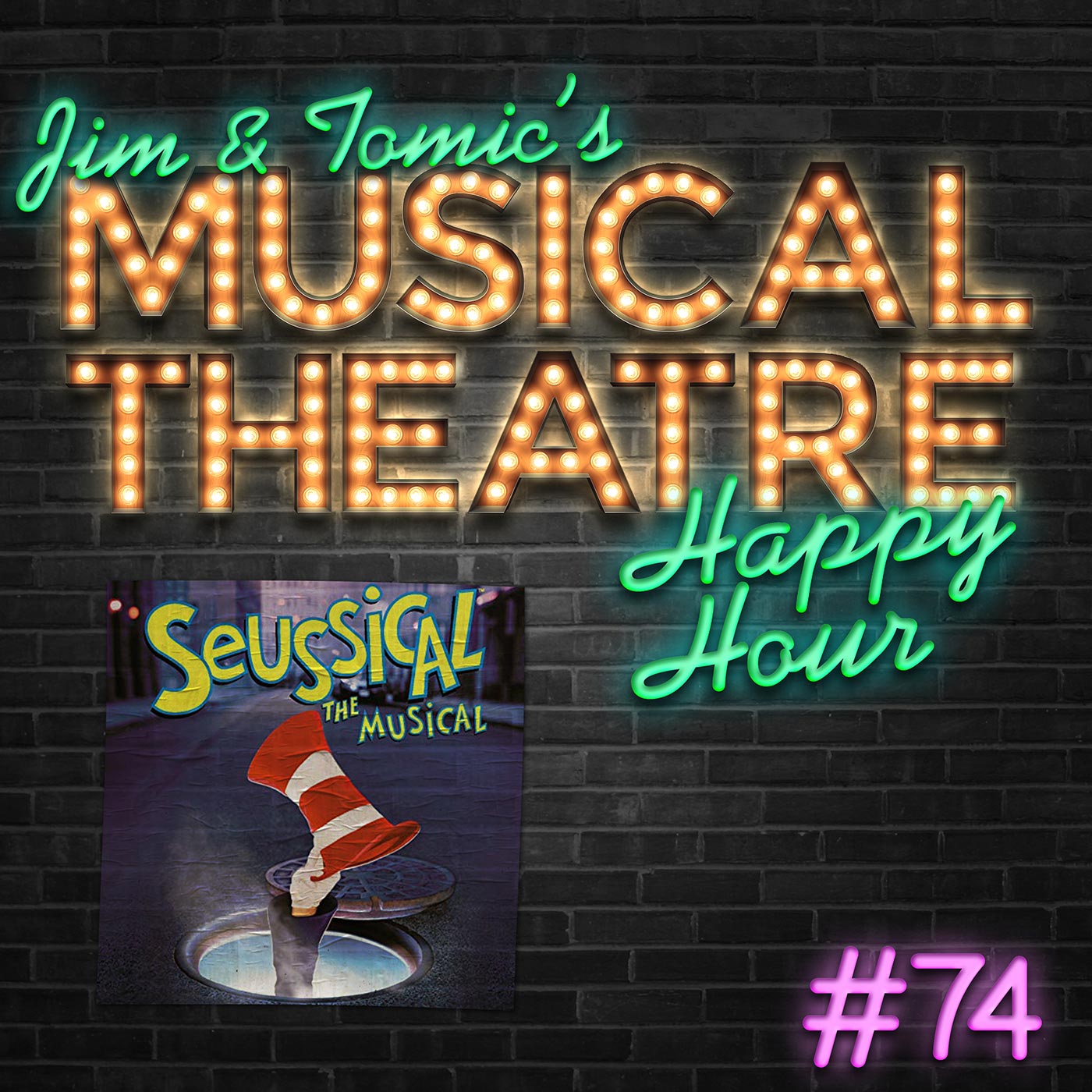 We meant what we said, and we said what we meant: this podcast is faithful 100%. Faithful, that is, in our commitment to talk all about Ahrens and Flaherty’s Broadway flop-turned-amateur success story ‘Seussical the Musical!’ With it’s time on Broadway being tumultuous at best, Jimi and Tommy band together to work out what went wrong and why this show has such a fantastic life outside of the Great White Way. With backstage drama, complex book dissections and plenty of made-up words this Happy Hour is one not to be missed!

Zania is the Dr. Seuss inspired word of the day. Get it trending!

Why does Aaron Carter have so many Broadway credits?! We’ll never know.

Here’s a fantastic article from the New York Times which talks about why Seussical took a nosedive when it came to Broadway.

If you want to get a sense of where the Seussical creative team was emotionally at opening, have a look at this video…

They love the laughter, they love the living, why are we talking about them in a Dr. Seuss episode? Who knows. But ‘The Moomins’ are a delight for all.

Who knew there would be more than one Hallowe’en/Christmas mashup?!

If you haven’t seen the fever dream that is the Kathy Najimy documentary on Dr. Seuss you REALLY need to.

It seems to always come up when we chat Ahrens and Flaherty but what do you think about scaling back productions on Broadway? Is there too much pressure to go big budget? Let us know on Reddit!

We are absolutely ecstatic to be working with The Broadway Podcast Network – the premiere digital destination for everyone, everywhere who loves theatre and the performing arts. If you haven’t had a chance yet, check out their website, follow them on socials and tell them we sent you!

We have always been about nurturing a musical theatre community outside of Broadway and the West End so this will help so many more people hear our collective musical theatre nerd ‘YOPP!’ so give them your support!

Rumor has it that this musical is cursed. During out of town tryouts the lady’s bathroom in the theatre caught on fire, a dancer ran into the pit injuring a saxophonist who would die of a heart attack after being rushed to the hospital and the leading actor dropped dead in the wings during the second preview. What show?