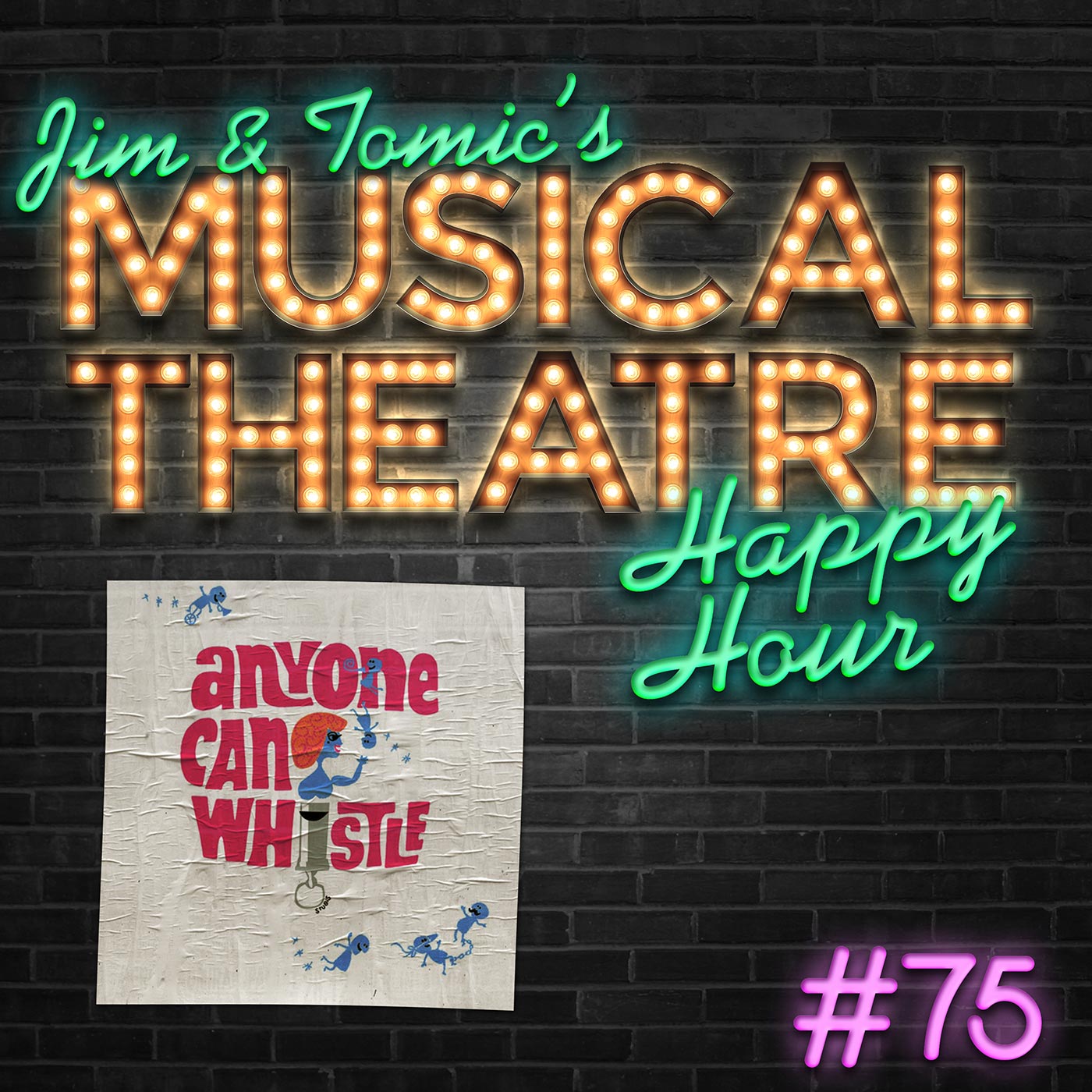 Happy Hour #75: Everybody Says Podcast – ‘Anyone Can Whistle’

This time around we are diving head-first into the magical waters of Cora Hoover Hooper’s town and breaking open the Cookie Jar as we explore Stephen Sondheim’s ‘Anyone Can Whistle.’ Often penned as his biggest flop, ‘Anyone Can Whistle’ has opened the doors for a ton of discussion and Jimi and Tommy never shy away from that. Here they discuss what caused it to flop and why sometimes that can be a good thing, some of the genius music Sondheim wrote for the show and start the revolution – #MusicalTheatreNerdsUnite!

Anyone Can Whistle (Original Broadway Cast)

As we do with every Sondheim episode, check out his incredible collection of lyrics and attendant comments, principles, heresies, grudges, whines and anecdotes. A must-have for any musical theatre nerd.

For some more analysis about why it flopped check out Tommy’s video guide from his Sondheim September series.

If you’ve burned through your copy of the OBC and want more of the story, then it’s well worth checking out the Carnegie Hall recording starring Madeleine Kahn, narrated by Angela Lansbury herself!

One of the cut songs from ‘Anyone Can Whistle’ found a brilliant new home in Putting It Together. Here is Ruthie Henshall and Carol Burnett singing ‘There’s Always a Woman’ – the cut 11 o’clock number from the show.

For more of a deepdive into Angela Lansbury’s involvement in ‘Anyone Can Whistle’ check out Arthur Laurents’ book ‘Mainly on Directing.’

One of Jimi’s all-time favourite musical theatre writers, Scott Miller, says that ‘Anyone Can Whistle’ is “still a better musical than two thirds of what Broadway has turned out in the last fifty years.” Check out his write-up on this week’s musical here (as well as the rest of his books, he’s amazing!)

#MusicalTheatreNerdsUnite – let’s get it trending! We want people to join in the wonderful conversation that we have about musical theatre and nerd out alongside us. Be proud, unleash your nerd and help legitimise the art form that we all know and love!

What is YOUR all-time favourite Sondheim lyric? Let us know on Twitter!

If you’re not following us on Instagram come join in the party for some behind the scenes fun! Leave us a comment letting us know the kinds of things you want to see on here.

Have you got any big thoughts about ‘Anyone Can Whistle’ and what could’ve made it work? Come join the discussion over on our subreddit!

Hades is hoppin’ in New York Theatre right now. When this show opens later this year, it will mark the third time the Greek god has “trod the boards” in 2019. What show?