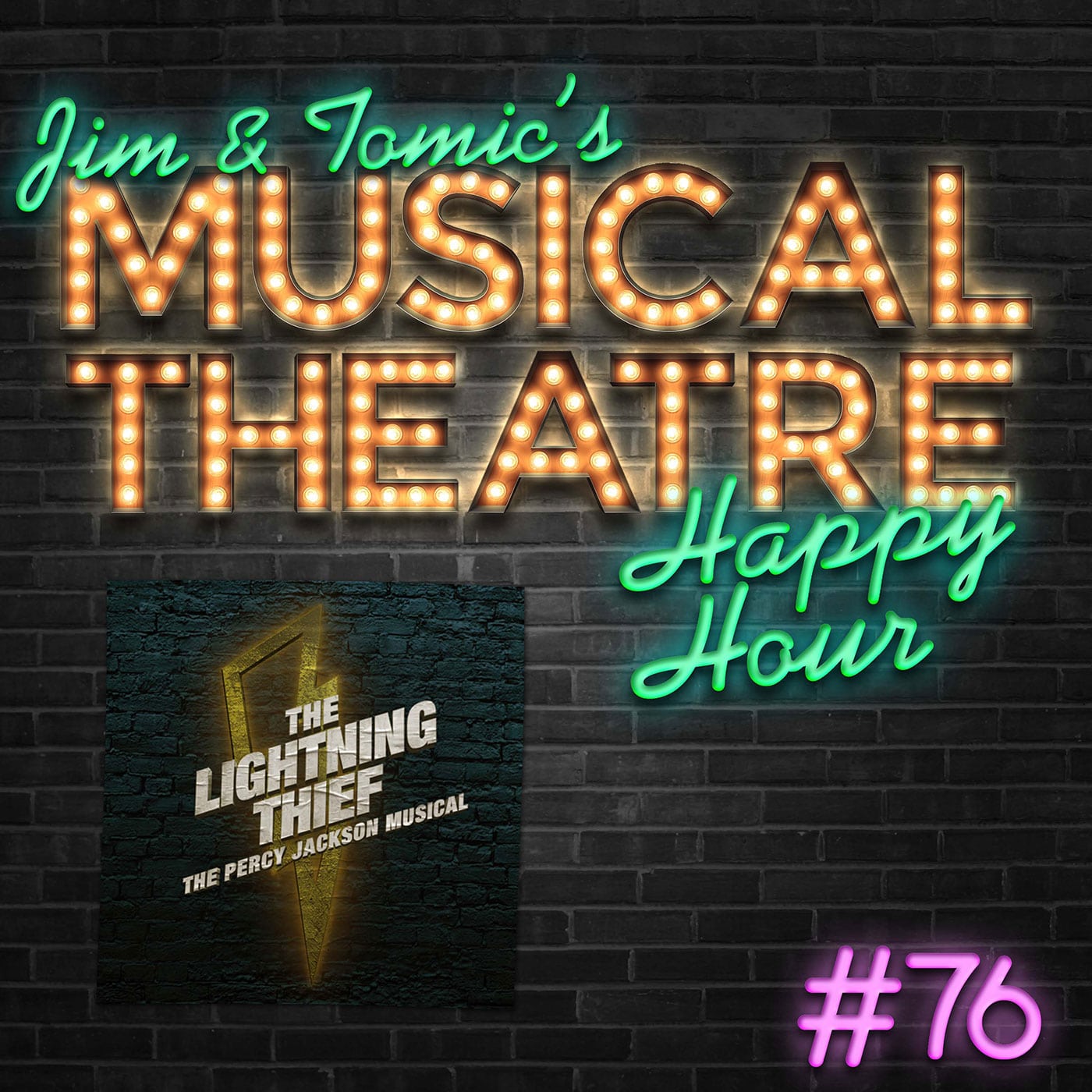 Happy Hour #76: Bring on the Podcasts – ‘The Lightning Thief’

Hey half-bloods, have we got a show for you! This time we are heading on a journey across America with everyone’s favourite demigod, Percy Jackson as we explore ‘The Lightning Thief: The Percy Jackson Musical.’ Jimi and Tommy work out why this show is so faithful to the source material, analyse the many different characters in the show and discuss the fallout from the recent Broadway reviews, and why it may highlight a bigger systemic issue in the world of theatre critics.

If you, like us, have never delved into the Percy Jackson books then there’s no time like the present! Jimi just picked up his copy from his local second-hand book store but you can get yours here!

There are a plethora of musical adaptations from books, but what ones have caused as much fan dedication as the Lightning Thief? Were there people who were devastated at the changes in Wicked from Gregory Maguire’s books?

What series would you be wildly protective over if they ever made a musical adaptation of it? Let us know on Twitter!

Here’s an incredible roundup of all of the fallout from the Lightning Thief’s Broadway opening by Alexandra Middlemitch.

If you missed Peter and the Starcatcher when it was on Broadway then check out this featurette from Playbill which gives you an idea of its incredible staging.

ISSUES! Where does the opening sit? Is it a parody? Is it sincere? Is it a send-up of this SNL sketch?

Always a fan of a literary recommendation, if you’re approaching or have reached your thirties and you worry you’ve forgotten what it was like to be a child – check out ‘The Ocean at the End of the Lane’ by Neil Gaiman.

The Lightning Thief Twitter account (Mx. Thief to their followers) is a fantastic example of how to run social media for a show with a younger fan base.

Here’s the review that started it all…what do you think? The ramblings of someone out of touch or a vital critique of the show?

If you’re a writer or wannabe writer then check out Buzzfeed’s Style Guide for how to do it properly in the 21st century.

According to legend, at the wrap party for the movie adaptation of this musical, either Maureen Stapleton or Paul Lynde stood up and said to one of the leading female actresses, “I want you to know that I’m the only person who worked on this film who doesn’t want to f**k you!”