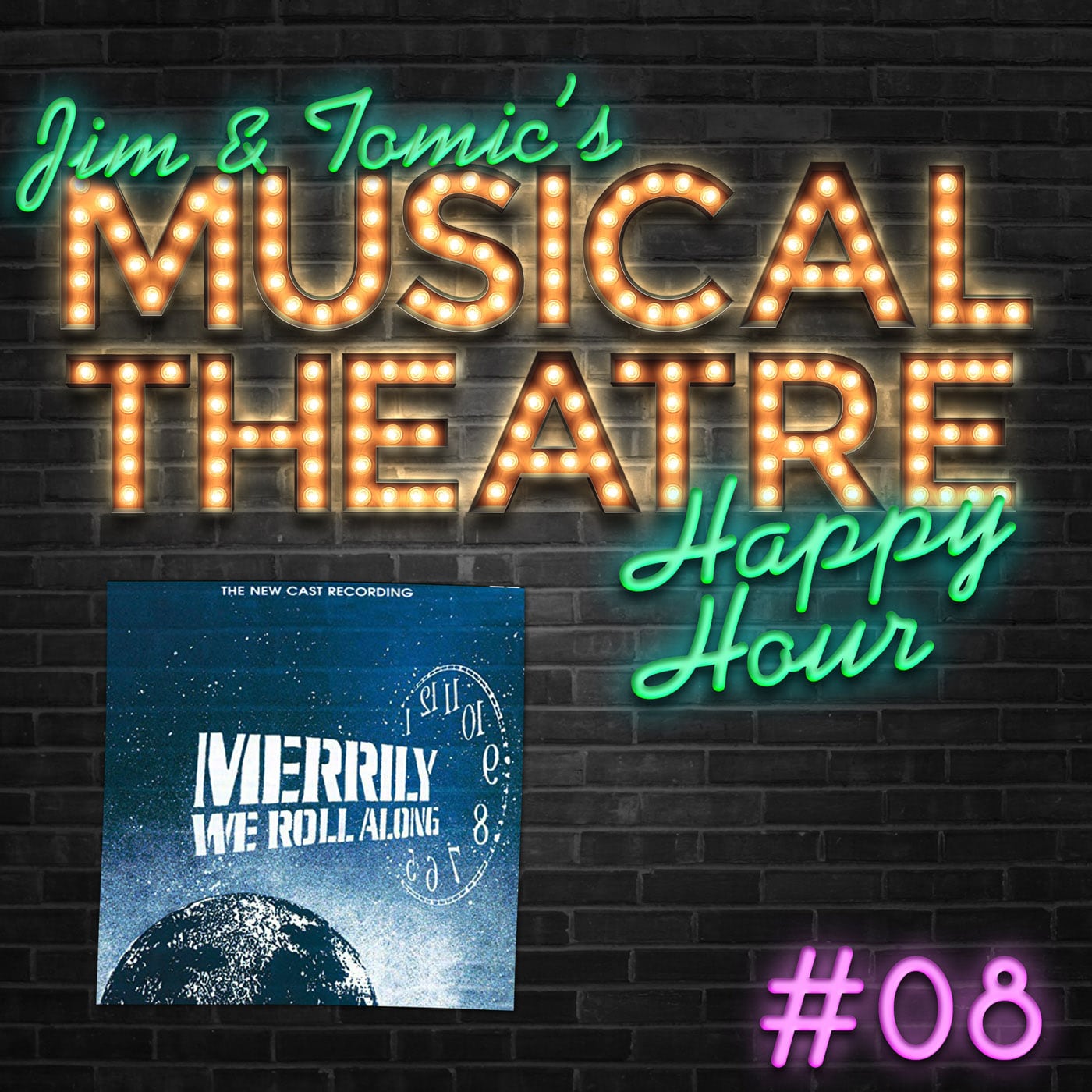 Happy Hour #8: Merrily Rolling Along – ‘Merrily We Roll Along’

We swing back in time to Chateau Sondheim and visit that Frank in “Merrily We Roll Along”! Together we fanboy over the artistry in one of Tommy’s ALL-TIME favourite musicals, Jimi channels his inner Irene Cara and has a crisis about LA and the boys get the deep about the nature of artistic relationships. Also – singing!

It started out with a song, which which was a nursery rhyme, which then became a theme tune for maniac cartoon characters!

Check out when our podcast deity Lin-Manuel Miranda (alongside Celia Keenan-Bolger and unhyphenated Colin Donnell) was in the Encores! production.

Have you ever seen “Six By Sondheim”? Well you should! Potentially the sexiest line up of Merrily ever? Jimi’s hyped-up libido certainly thinks so! Go look!

What do you think about LA? Are you team Charley or team Frank? Whatever the decision, the Tony Awards have successfully mocked those that tried. Will Jeremy Jordan be next? Who can say!

Hey! Have you got a favourite theatre game? We want to know cause we’re adult children! Hit us up over on Reddit and we’ll talk about them in another podcast if they’re good!

“Known for its flashy costumes and extravagant hats, one sparkly dress from the original production of this musical now resides the the smithsonian national archives. What musical?”