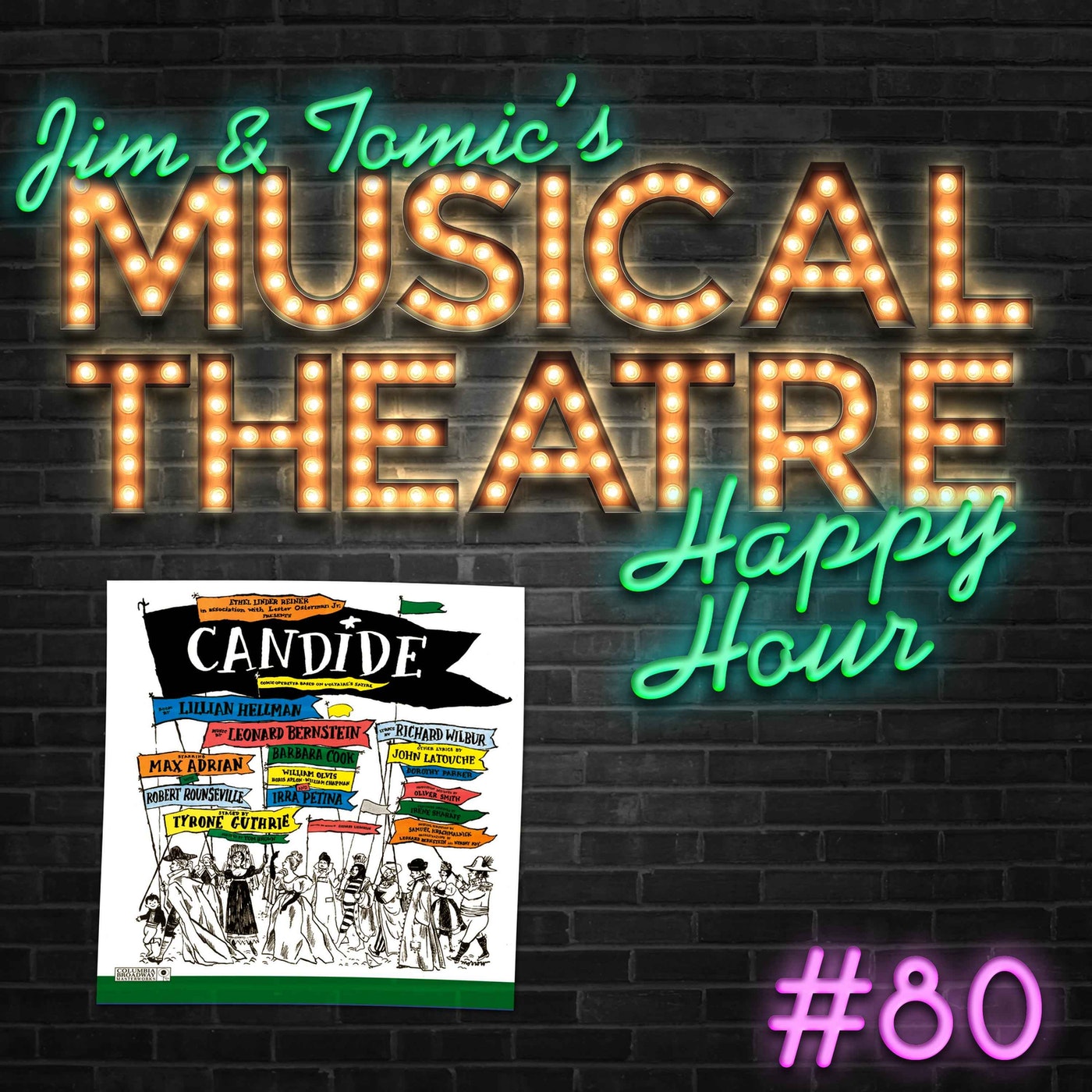 Hold onto your optimism as this time around the riverbend Jimi and Tommy are talking all about Leonard Bernstein’s ‘Candide’.’ With a history full of as many twists and turns as the show itself, ‘Candide’ offers a wealth of fascinating discussion. The boys try and piece together why this show has had some many wildly different incarnations, debate the existence of philosophy in the show and try to answer the unaswerable question: what is the difference between opera and musical theatre?

If you’ve never experienced ‘Candide’ before, the best place to start is the 1974 ‘Chelsea’ recording as it includes clips from scenes as well as Bernstein’s beautiful music!

We also want to send out a massive thank you to Colden for sharing his bountiful knowledge of the show with us and helping us traverse the behemoth that is ‘Candide.’

If you’re ready to start learning all about the different productions and versions of the show then the best place to look is the Sondheim Guide online! It’s so extremely comprehensive you’d think Tommy had made it.

We didn’t get the opportunity to talk much about it in the episode, but it’s safe to say ‘Glitter and Be Gay’ is as iconic a musical theatre song as any other. Check out the delightful Kirsten Chenoweth singing it here in the Lincoln Centre production!

Who among us can answer the eternal question – where is the line between opera and musical theatre? Tell us on Twitter!

If you’re ready for some perplexity of a different sense to ‘Candide’ then have a look at ‘The Adding Machine.’

Sammy Davis Jr. was originally slated to originate this role in it’s pre-musical incarnation. Who knows if the show have been such a runaway success were it more rat-pack in style?