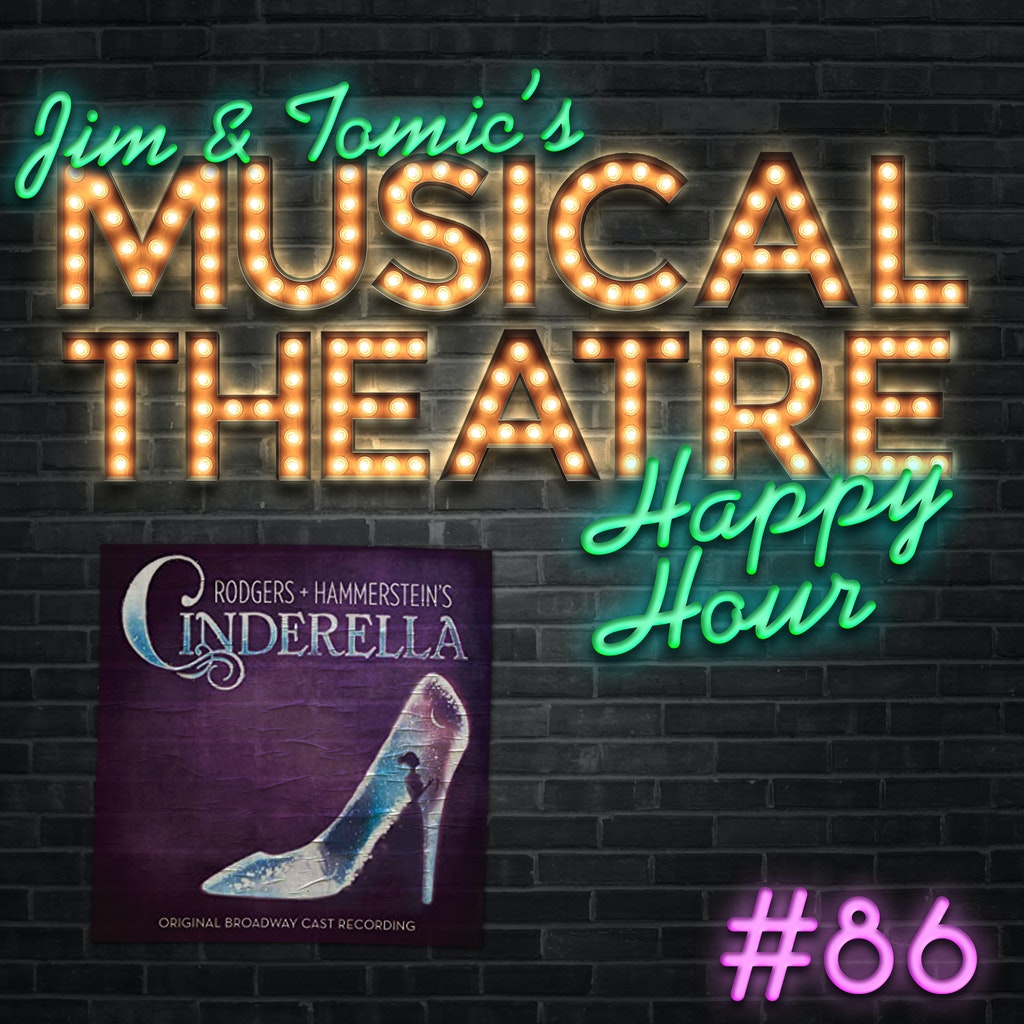 Fol-de-rol and fiddledy dee; fiddledy, faddledy fodcast – Jimi and Tommy are fin’ly doing a ‘Cinderella’ podcast! Yes indeed, we are talking all about Rodgers and Hammerstein’s foray into television broadcasting and the eventual Broadway output, stopping for some Whitney along the way of course. We get down and dirty about the future of musical theatre, how this musical has developed over the years and discover Tommy’s magnum opus.

Is Chance the Rapper tied to the R+H’s Cinderella through destiny? It’s certainly looking that way.

Here’s the song from the quiz question! See if you can spot the Cinderella references.

It’s always a good time for Jeremy Jordan. Even if it’s in these particularly peculiar R+H goes pop videos…

If you’re interested in how the CBS recording came together then have a read of this great coverage from Playbill.

What do you think about the idea of musical theatre changing how it’s portrayed? Would you be up for the first VR musical?

Jimi’s favourite musical theatre author also has a podcast called Stage Grok (although it doesn’t appear to be active anymore – but hey who are we to talk!) There’s a great episode talking about licensing with composer Georgia Stitt if that’s your jam!

Speaking of VR, how do we feel about this Beetlejuice clip from Good Morning America?

If you fancy some great Whitney and Bernadette behind-the-scenes moments from 1997 TV movie, check this documentary out!

Tracking the history of all the updates for Cinderella is a minefield but thankfully this article ties it all up together in a nice little bow!

The self-proclaimed Magnum Opus of Musical Theatre Mash: him watching Cinderella with friends.

Please tell Jimi that he’s not alone in loving the original 1986 ‘My Little Pony’ movie? Don’t you think the Stepsisters from 1997 would be amazing as these gals in the inevitable live action version we should be getting any day now?

Our next episode features the latest outing of a composer* who has been referred to as God in their past. What could it be?

*The composer is not Stephen Sondheim.