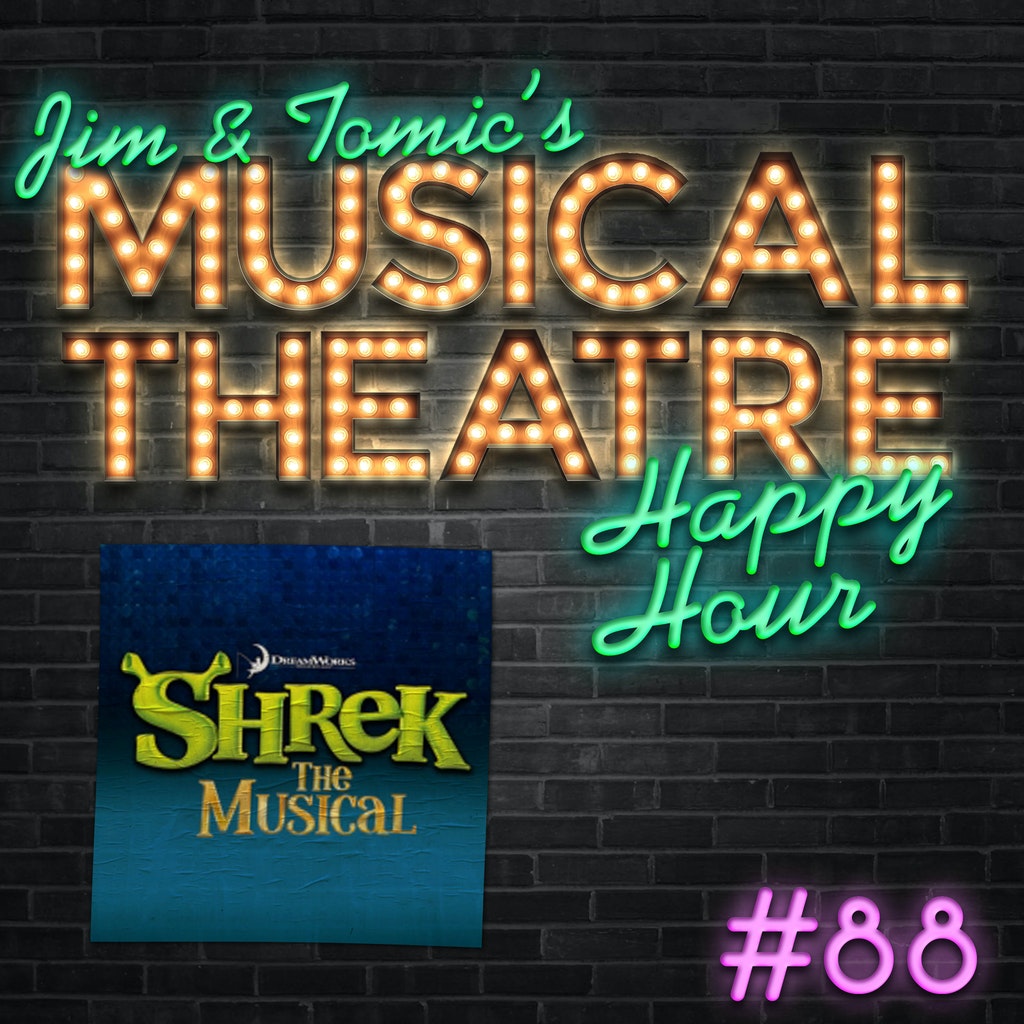 Welcome to Jimi and Tommy’s Karaoke Dance Party! Are podcasts more like onions or parfait? One of the many deep, philosophical questions we pose as we talk all about everyone’s favourite ogre in ‘Shrek The Musical.’ Find out who does a better Scottish accent – the American or the Scotsman, and tune into discussions all about the differences between the musical and the film, the improvements made for the touring version and Jimi poses an impossible question…

The late, great Regis Philbin never got to do his star turn as Shrek on a Broadway stage but he certainly did on national television!

If you’ve never seen the movie but have stumbled upon the musical then we implore to you watch the source content and let us know what you think in comparison to the show.

Also worth checking out the pro-shot of the show to see its incarnation before it went on tour featuring the old dragon number!

‘Shrek Retold’ is an incredible fan project where the entire film is re-created by the people who love it most.

For some tasty hate comments check out Tommy’s video where he reacts to the Shrek musical pro-shot!

We are so happy that they redid the dragon for the tour. Which number do you prefer?

John Tartaglia is a superhero and there’s just no question to it. He plays three tracks in the one show! Insanity.

Where do you stand on the whole original v. adaptation v. jukebox conversation? Let us know!