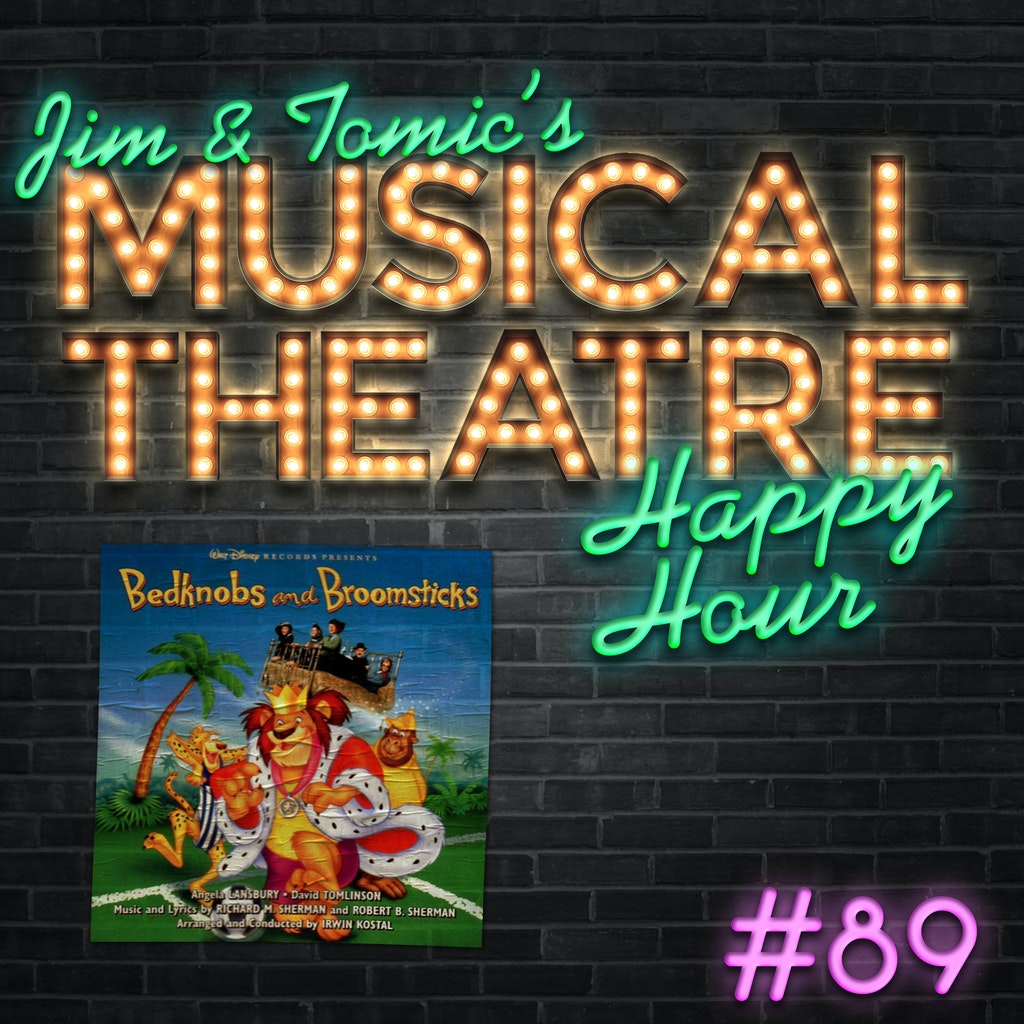 Hurry! Hop onto the bed cause it’s about to take off as we fly into wartime Britain and join Eglentine Price and her chosen family in the magical ‘Bedknobs and Broomsticks.’ An absolute Disney classic and our first out-and-out musical film discussion, this time we are chatting all about what makes this film so different from its counterpart ‘Mary Poppins,’ Tommy geeks out over the incredible visual effects used in the film and we both posit our ideas of what the stage adaptation is going to look like.

Did Andrew Lloyd Webber get arrested for having an illicit early performance of ‘Cinderella’? Who can say…

There is SO much cut material from the released cut of Bedknobs and Broomsticks. Here’s some for you!

Disney+ has some absolutely incredible documentaries. Why not check out ‘The Boys’ for the fascinating story of the Sherman Brothers who wrote the music for ‘Bedknobs and Broomsticks’ or check out ‘Into the Unknown: Making Frozen 2’ for some behind the scenes discussion about how musical movies are made.

Honestly though, would you buy a ‘Lovely Bit of String’ t-shirt? Let Jimi know and he’ll make it…

Any discussion of Angela Lansbury will always yield a screening of the greatest video of all time that Tommy refuses to watch. He’s missing out.

Both Stephen Sondheim and Jerry Herman have worked on partial musical adaptations of the source material for this musical. What show?