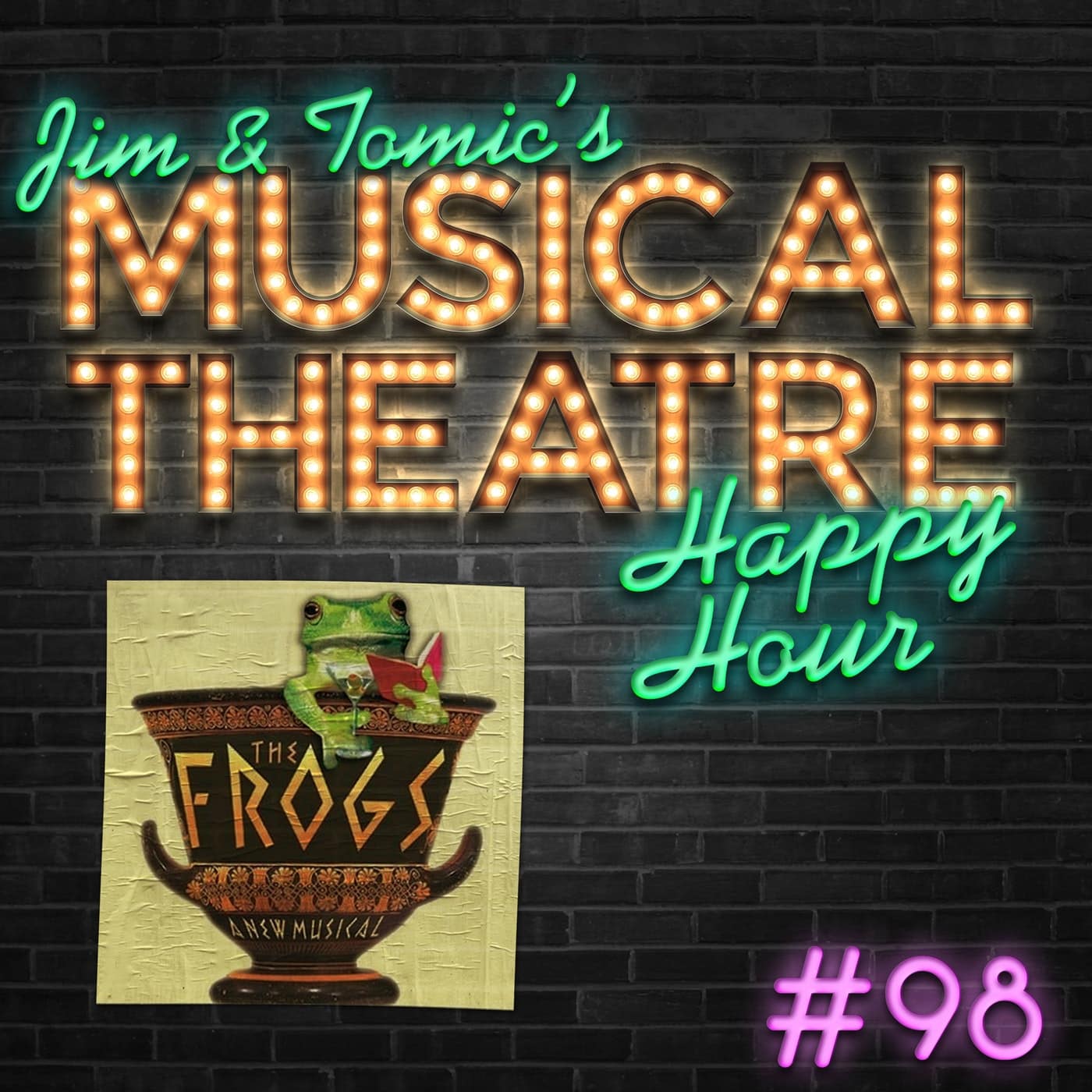 All aboard Hades express (no not the train, the boat this time!) as we join Dionysus and Xanthias on their descent into the underworld in search of the saviour of art in Stephen Sondheim’s ‘The Frogs’. It’s been a while since Jimi and Tommy butted heads but it is alive and well in this episode! Euripedes v. Aeschylus; Shaw v Shakespeare; and now Jimi v. Tommy! They talk about the legitimacy of Greek theatre today, whether or not the 2004 was an improvement and debate if this show should ever be performed again. Who will win?! Tune in to find out…

First of all Jimi would like to apologise for the audio difficulties with this episode! Just wanted to get into that ‘under the River Styx’ vibe…

If you’re interested in finding out more about Greek theatre then we are not the people to come to obviously. But here’s a fantastic BBC documentary about Ancient Greek comedy that will do much better.

Aeneid Saying that if you’re looking for a good translation of the Aeneid (for some reason) Jimi can’t recommend the Robert Fitzgerald one enough.

Here’s a really cool interview from some creatives who have worked with or just love The Frogs for Sondheim’s 90th birthday celebrations last year.

Jimi’s journey into intertextuality has obviously only just begun but this is a good place to start if you want to join him!

Tommy can’t recommend ‘The Ground on Which I Stand’ enough. Go read. Now.

BIG NEWS! We will be celebrating our 100th episode by recording a LIVE Happy Hour with you! Come and join the party online on the 24th April at 2pm PST/5pm EST/10pm GMT etc.! We’ve got some big announcements and big giveaways so tweet us your questions and favourite moments using #100HappyHours to be in with a chance of winning!

Remember you can come chat to us about the episode on Twitter and Instagram @jimandtomic! Or if you wanna pop OFF then jump into our email inbox at [email protected]! Or come join us on the discord!

Looking for love? Have we got the show for you. We’re developing a dating app named after our next show. It pares you with another performer who has played the exact same character in this show. Just here these rave reviews from our two happy couples…