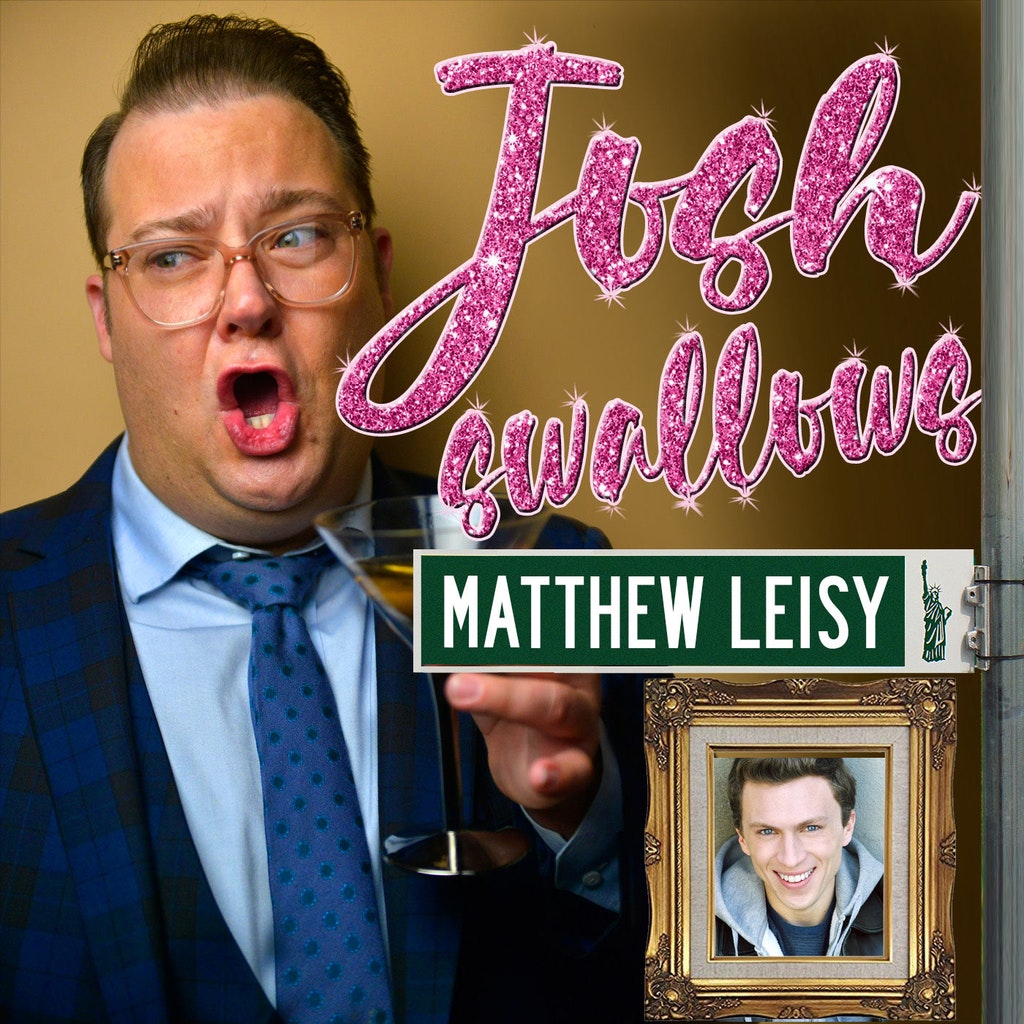 Welcome back to Season 2 of Josh Swallows Broadway! Our first episode back features Matt Leisy, who at the time of recording the episode was literally one of the only working actors in the world! He recently appeared in the season finale of NBC’s “The Blacklist” and played lead roles in Nothing Without You and Eva. Other film and television credits include: Tell, Someone I Used to Know, This is the Girl, Shooting Script, Man From the Dying Planet, The Good Shepard and “Live from Lincoln Center” on PBS.

Recent theatre credits include Raoul, Vicomte de Chagny in the World Tour of The Phantom of the Opera, the Lucille Lortel Award winning Sweeney Todd at the Barrow Street Theatre and the Tony Award winning Broadway First National Tour of A Gentleman’s Guide to Love & Murder where he played the lead role of Monty Navarro at such theaters as The Kennedy Center in Washington DC and The Ahmanson Theatre in Los Angeles. Matt played over 1,000 performances as The Boy in The Fantasticks Off Broadway and appeared at Lincoln Center in Carousel with the New York Philharmonic. Matt has played many of the leading regional theatre houses including Cincinnati Playhouse in the Park, Repertory Theatre of St Louis, Arizona Theatre Company, Arden Theatre, Alabama Shakespeare Festival in such productions as Red, The Importance of Being Earnest, Ragtime, The 39 Steps, Pride and Prejudice, Camelot, Witness For The Prosecution and The History Boys.