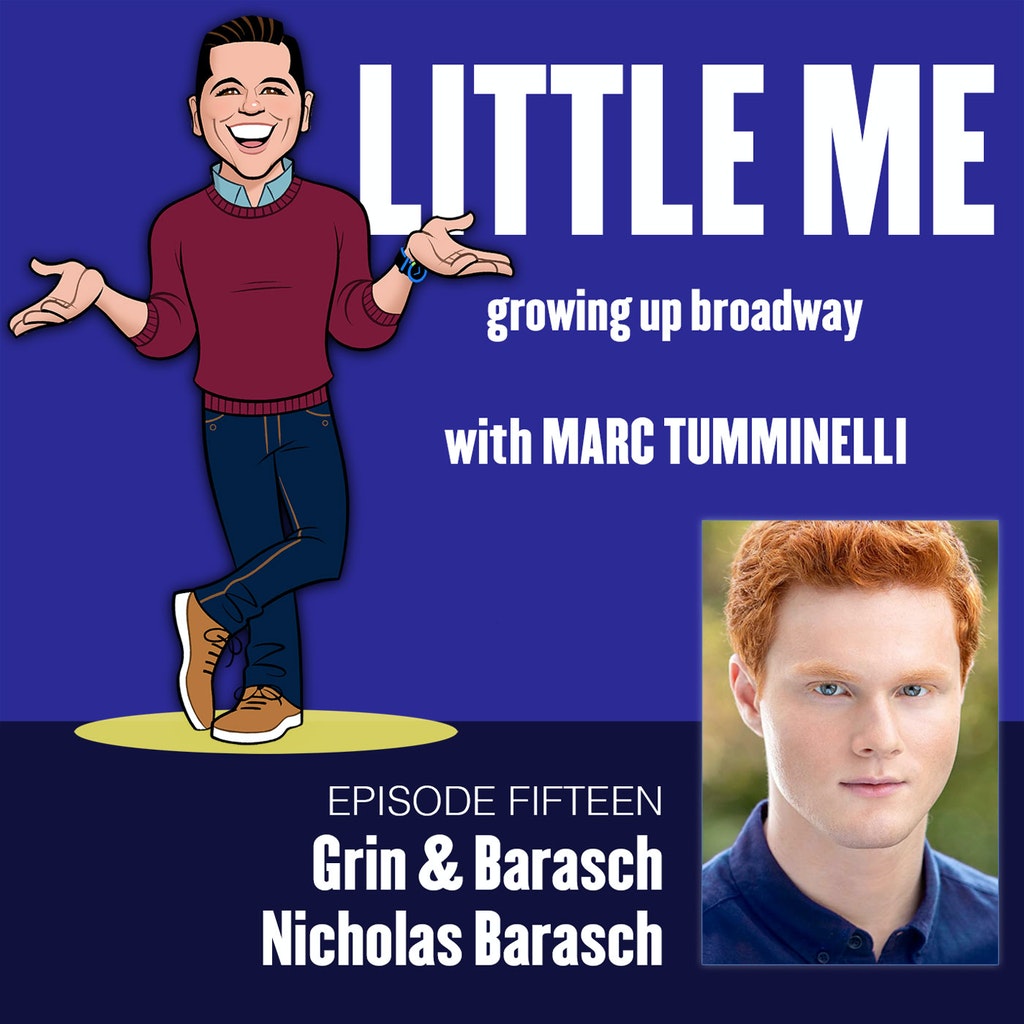 Little Me host, Marc Tumminelli sits down with long time Broadway Workshop student Nicholas Barasch in episode 15 of LITTLE ME: Growing up Broadway. Nicholas shares his backstage story of making his Broadway debut in WEST SIDE STORY at the age of 10 and singing the iconic “Somewhere” and continuing his Broadway stardom in the The Mystery of Edwin Drood and She Loves Me. Nick talks about his love affair with Broadway legend Chita Rivera, backstage antics with Laura Benanti, his wranglers, working with Arthur Laurents, Stephanie Block, Jessie Mueller, Broadway audtions, cast meetings about his backstage warm ups, performing at the TONY awards, his Drama Desk nomination, getting his start at Random Farms and his epic prom thrown by Jane Krakowski and Gavin Creel.