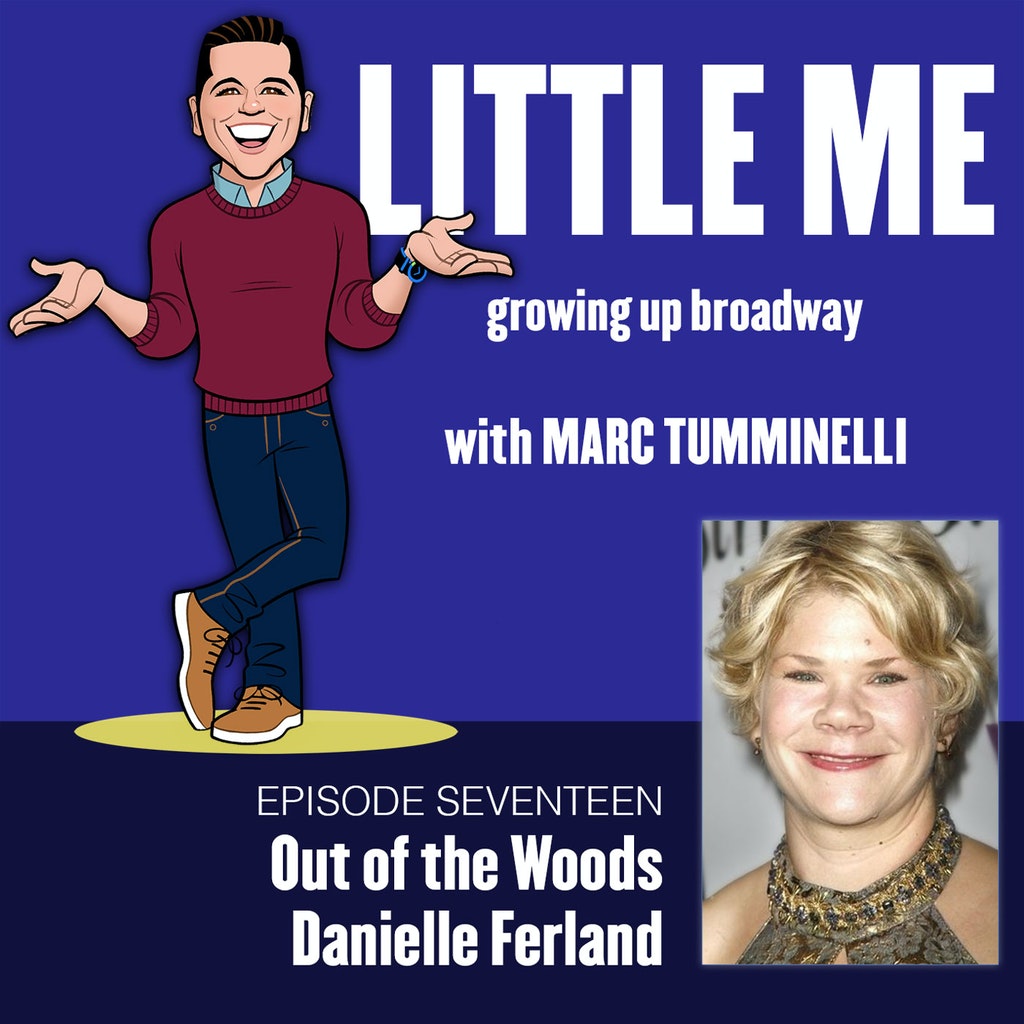 EP17 – Danielle Ferland – Out of the Woods

Little Me Host, Marc Tumminelli catches up with Broadway legend – Danielle Ferland in this week’s episode of Little Me: Growing Up Broadway. Danielle shares her incredible story of making her Broadway debut in the original cast of Sunday in the Park with George and quickly becoming Stephen Sondheim and James Lapine’s go to girl. Danielle talks about creating the role of Little Red in the original Broadway cast of Into The Woods. and shares all the backstage stories on getting her start, her first audition, working with Mandy Patinkin, dressing room chats with Bernadette Peters, making the Into The Woods cast recording and PBS film, hanging out with Tom Cruise, performing in A Little Night Music at City Opera with Regina Resnik, working with Woody Allen, dinners in italy with Helena Bonham Carter, rehearsals with Katie Holmes, parties at Swoosie Kurtz’s apartment, her brilliant Bart Simpson impression and filming Mighty Mighty Aphrodite, Orange is the New Black, The Normal Heart and starring in the Broadway casts of Frog and Toad and All My Sons!