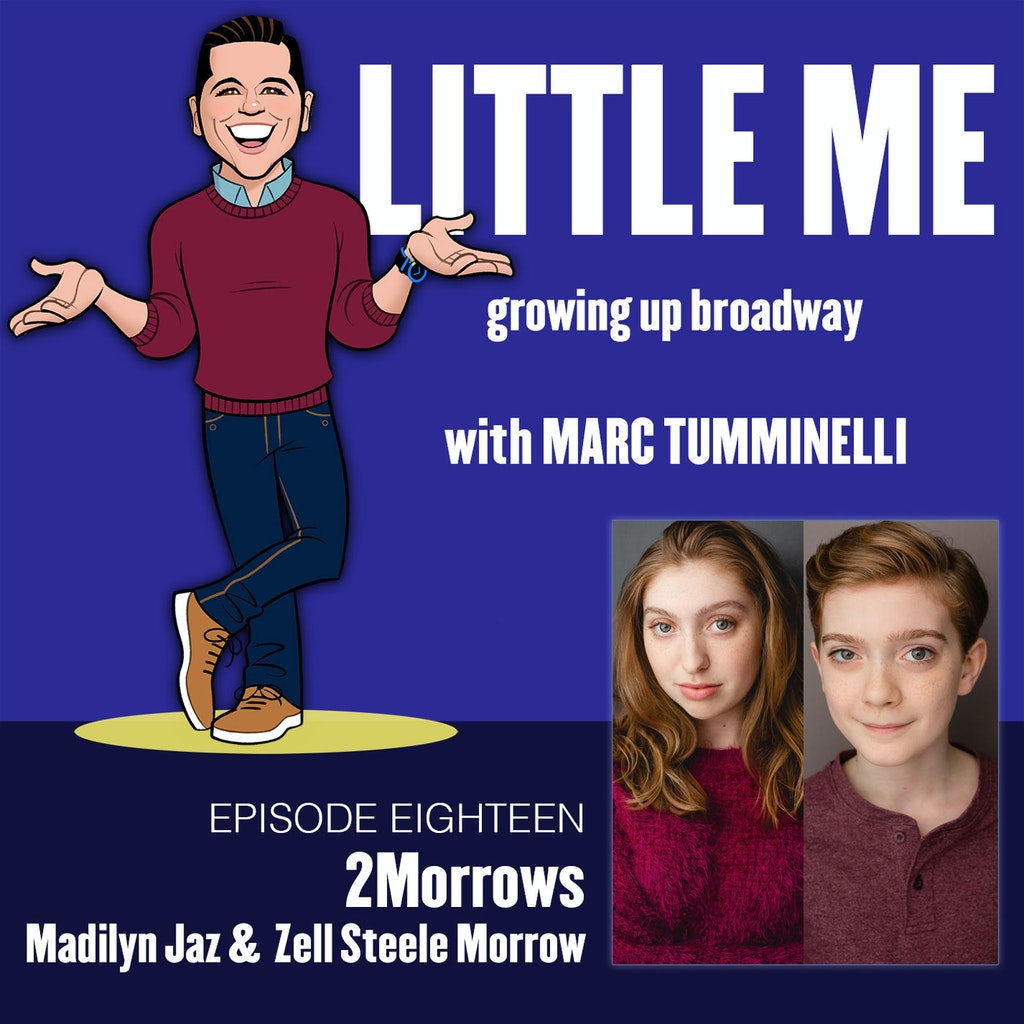 Little Me host Marc Tumminelli catches up with Broadway Brother and Sister – Madilyn Jaz and Zell Steele Morrow in this week’s episode! Madilyn and Zell share their magical story of red eye flights to audition for Broadway shows, their move to New York from California, and their Broadway success. Madilyn tells her incredible story of booking the original Broadway company of Matilda, performing at the TONYS, endless auditions for Billy Elliot, opening night parties, backstage stories, the teen years, and watching her Brother also see his Broadway dreams come true. Zell talks about being Matilda’s unofficial cast member and finally booking his first Broadway show, the original Broadway cast of Fun Home and his 606 performances in that historic show, he tells hilarious backstage stories of working with Michael Cerveris, performing in the round, and going on to book Harry Potter on Broadway and starring in The Sack Lunch Bunch on Netflix with comedy super hero, John Mulaney and more!