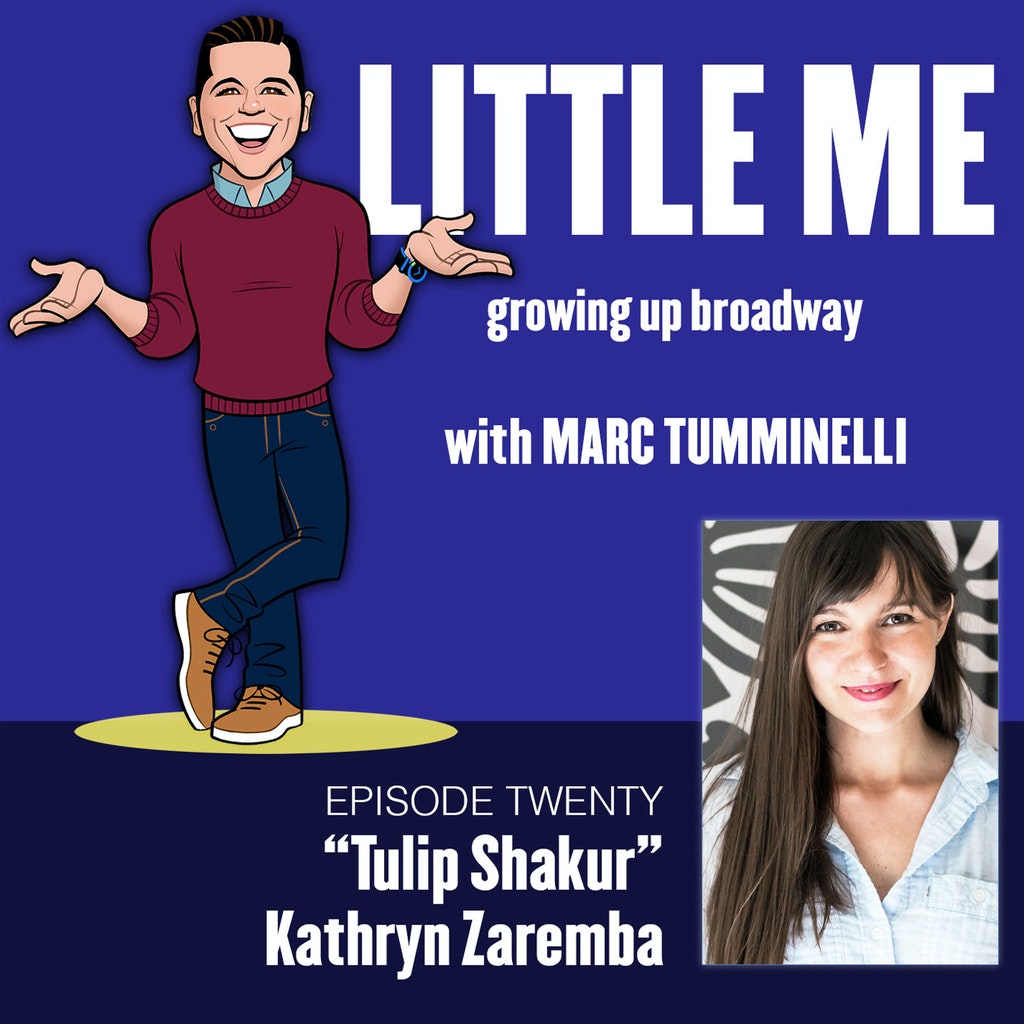 Little Me host and Broadway Workshop director, Marc Tumminelli sits down with child star, Kathryn Zaremba in episode 20 of LITTLE ME: Growing up Broadway. Kathryn shares her incredible story of going from a local production of ANNIE in Broken Arrow, OK to starring as “Annie” in the 1993 Off-Broadway hit production of ANNIE WARBUCKS and everything that came after. Kathryn talks about “Sandy” dog trainer, Bill Berloni kicking off her career, playing “Duffy” in national tour of Annie Warbucks before taking over the title role for the NYC production, working with the original creative team; Thomas Meehan, Martin Charnin and Charles Strouse, performing with her sister, doing press with Joan Rivers and Joan London, performing in the Macy’s Parade on one of the coldest Thanksgivings in history, performing at the White House for the Clintons, being a “Broadway Kid”, making the Annie Warbucks cast recording, moving to LA, starring in Ruthless, being part of the casts of Full House and the Jeff Foxworthy show, rehearsing in Bernadette Peters apartment and what she is doing now to bring beauty to your home!