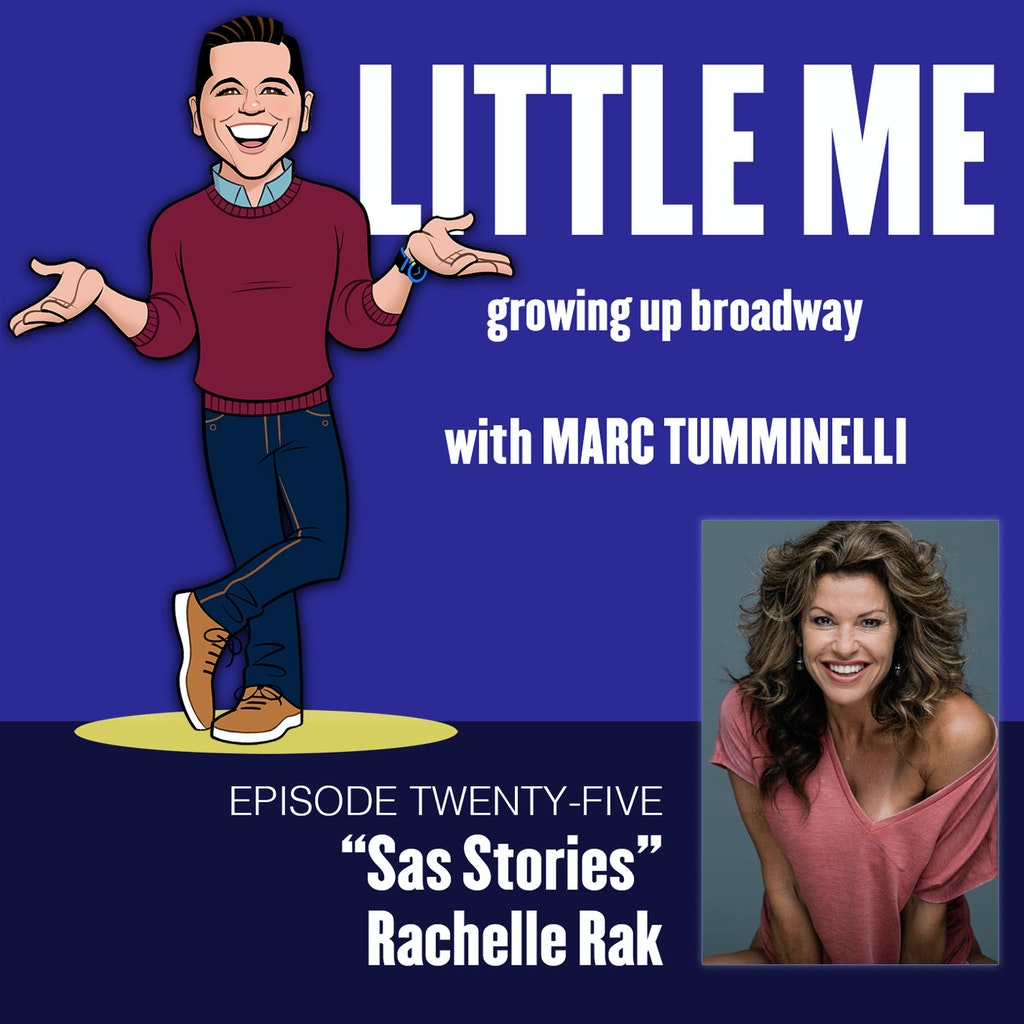 Little Me host and Broadway Workshop director, Marc Tumminelli catches up with Broadway legend, Rachelle Rak in episode 25 of Little Me: Growing Up Broadway. Rachelle tells her story of growing up in Pittsburgh, PA and dancing every day at her mothers dance studio before leaving high school to perform in the Broadway National Tour of CATS!

Rachelle tells us the backstage story of being on tour while still being a high school student and her incredible career on tour in Starlight Express and Smokey Joe’s Cafe and on Broadway in Cats, Fosse, Catch Me If You Can, The Look of Love, Dirty Rotten Scoundrels, Thou Shalt Not and Oklahoma!

Rachelle tells the most wild, hilarious, and honest Broadway stories of working with Gwen Verdon, Ann Ranking, Ben Vereen, Nobert Leo Butz, Susan Stroman, falling into the pit at Look Of Love, making the decision to be part of Thou Shalt Not, Touring in Europe, working on Dance Moms, her new fitness show on Broadway On Demand, creating Ignite Dance Live, filming Every Little Step, teaching at Broadway Workshop, performing at the TONY Awards, how she got the nickname SAS and so much more!