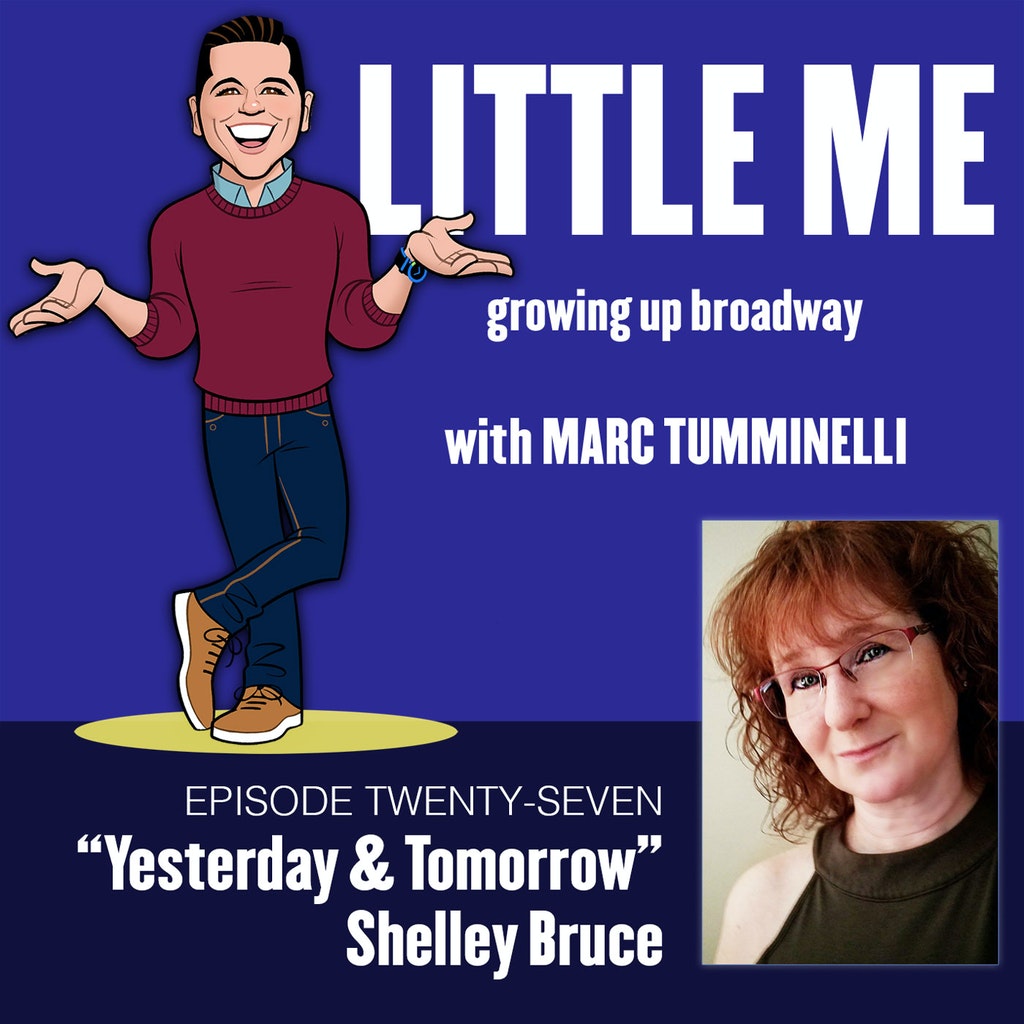 At the age of 7, Shelley Bruce made her film debut in “The Godfather,” she went on to appear in dozens of TV commercials, before becoming the understudy to a then unknown Sarah Jessica Parker in the Broadway revival of “The Innocents”. in 1977 she originated the role of the orphan ‘Kate’ in the Broadway smash hit musical Annie. The following year she replaced Andrea McArdle and become Broadway’s 2nd Annie. In 1983 her book TOMORROW IS TODAY was released chronicling her rise to stardom and her battle with Leukemia.

Shelley shares her incredible story of going from New Jersey kid to a Broadway star and her unbelievable memories of Sarah Jessica Parker, Kristen Vigard, Harold Pinter, Sammy Davis Jr, Muhammad Ali, Alice Ghostley, Martin Charnin, Peter Gennaro, Dorothy Loudon, Reid Shelton, Ruby Keeler, Henry Winkler and her bestie Andrea McArdle. Shelley opens up about her time at Sloan Kettering, getting her leukemia diagnosis, the fan reaction, the doctors who saved her life, losing her voice and getting back on stage at the Kennedy Center.