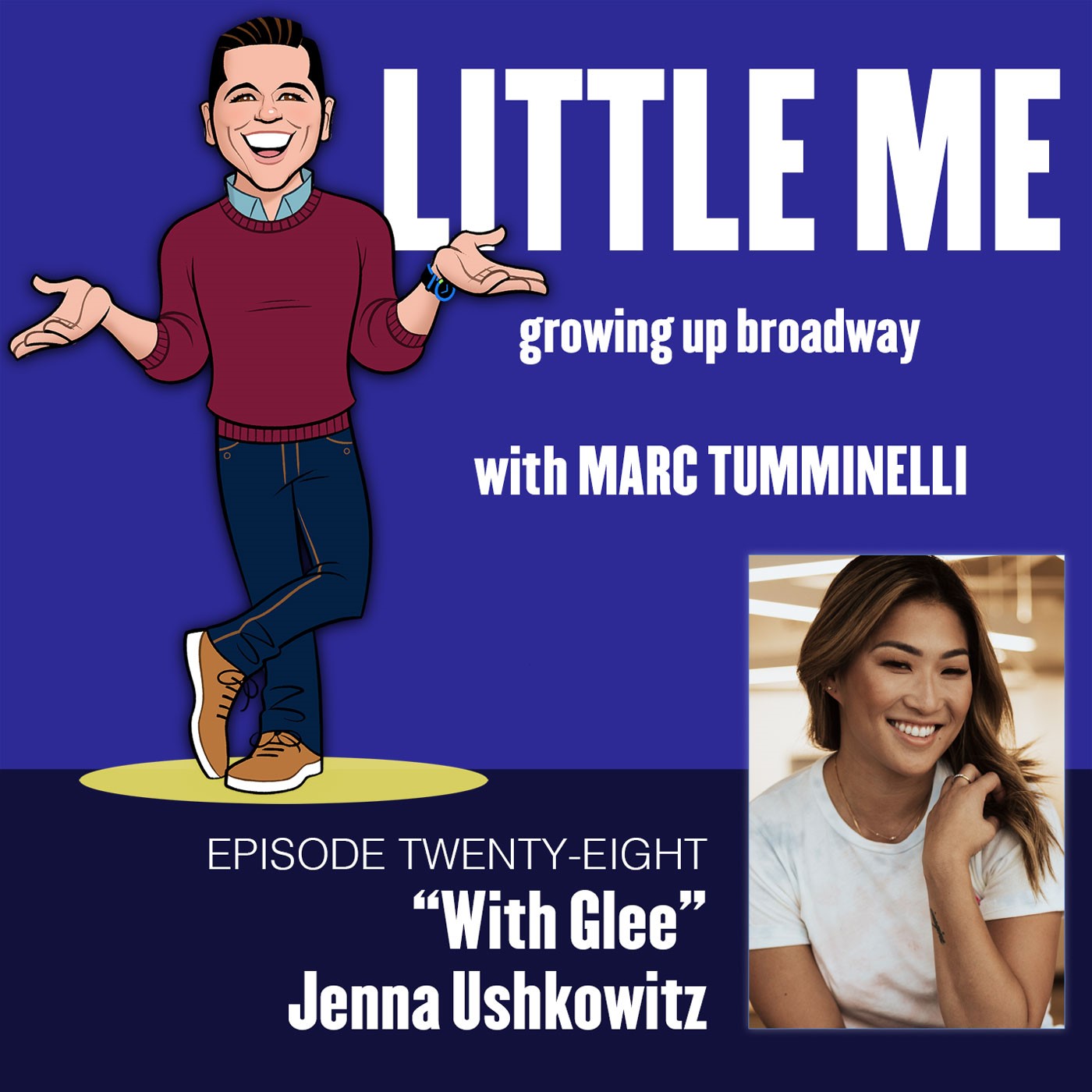 In episode 28, Little Me host and Broadway Workshop director, Marc Tumminelli is joined by TV, film and Broadway star Jenna Ushkowitz for a in depth chat!

Jenna opens up about her time working on the TV hit, Glee including; shooting the pilot, the Hot Topic mall tour, the filming schedule, becoming famous overnight, cast bonding, the media attention, the summer concert tours and other backstage memories.

Jenna tells Little Me listeners about returning to Broadway in Waitress, filming the stage to screen adaptation of Michael John Lachiusa’s Hello Again and becoming a TONY award winning producer.