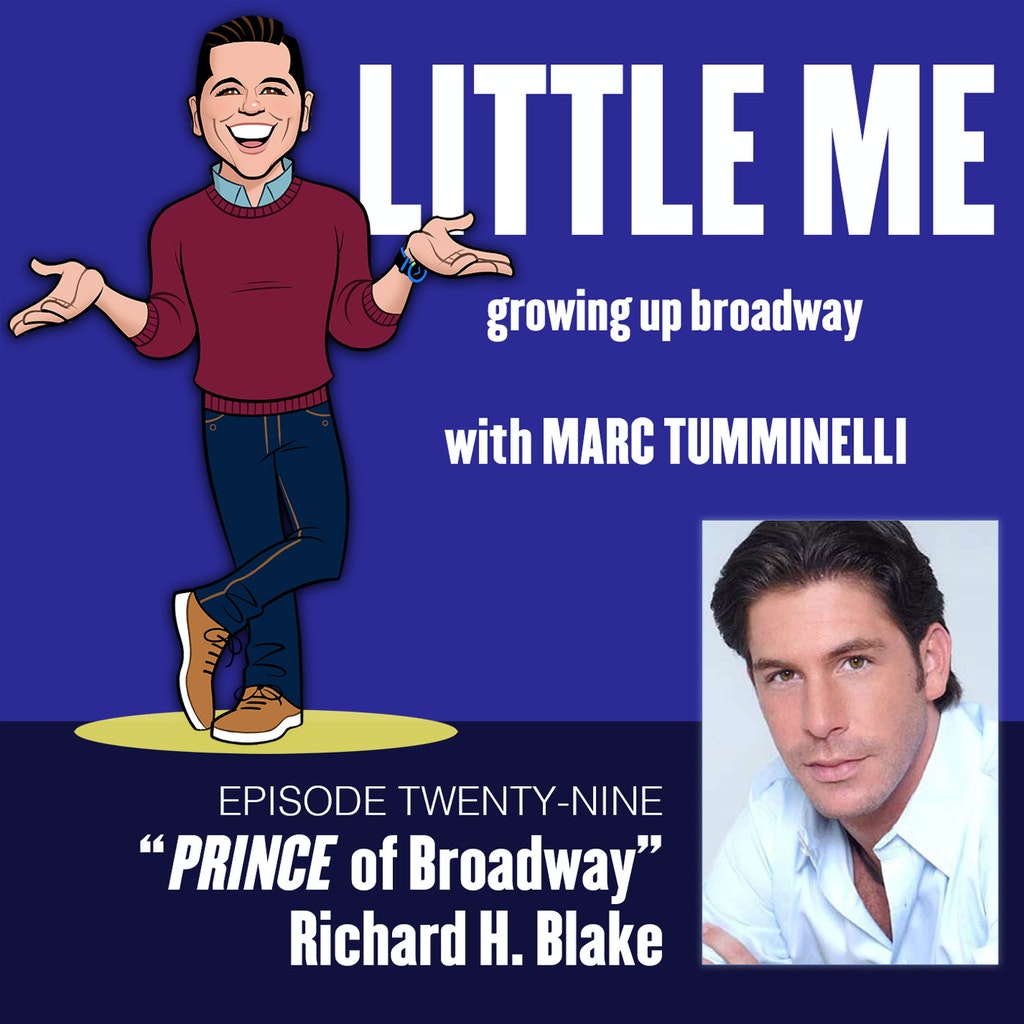 Richard shares his incredible story of making his Broadway debut at the age of at the age of 12 in 1987 in the musical Teddy and Alice, moving directly to starring in MACBETH on Broadway alongside Christopher Plummer, Glenda Jackson and Cherry Jones on Broadway and then becoming the youngest person in history to have his name above the title in a Broadway show when he starred as the title character in Prince of Central Park. A show that would run for just 4 performances. Richard touches on all his wild Broadway success in Rent, Saturday Night Fever, Hairspray, The Wedding Singing, Legally Blonde, Aida, Wicked, Jersey Boys and the recent hit musical A Bronx Tale.

Richard tells Little Me listeners about passing on the New Mickey Mouse club, the wild backstage story of rehearsing, performing and the untimely closing of Prince of Central Park, working with Jo Anne Worley, Nanette Fabray, Len Cariou, Laura Bell Bundy, Marie Osmond, Orfeh and Michael Eisner, Touring in the Sound Of Music, Footloose, and A Bronx Tale, the wild fan reaction to Legally Blonde on Broadway and so much more!

In our Quick Fire Questions Richard tells us who his favorite Elphaba is, his preshow ritual, what he thought of The Search for Elle Woods and who Patti LuPone should play in Rent.

Produced by The Broadway Podcast Network.