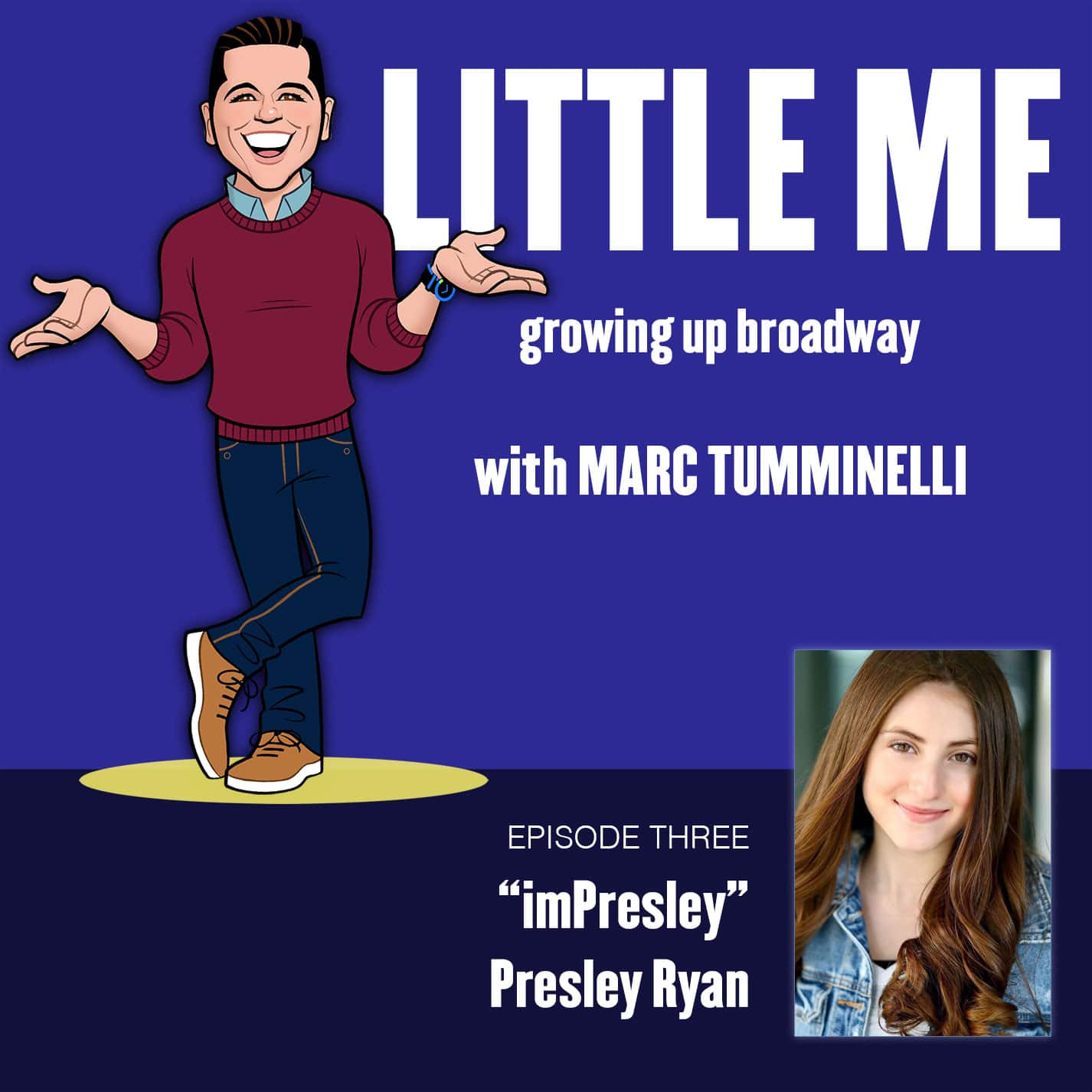 The newest star of Broadway’s BEETLEJUICE – Presley Ryan chats with LITTLE ME host, Marc Tumminelli about taking over as Lydia in Broadway’s hit musical Beetlejuice. Presley tells her Broadway fairy tale story of going from understudy to star overnight at the age of 16. Presley chats about her insane Tik Tok following, her time on Broadway in Fun Home, being part of the Sound of Music Live on NBC, playing Cindi Lou Who in The Grinch at MSG, playing Wednesday Addams in Broadway Workshop’s production of The Addams Family, performing at the 2019 TONY Awards and what its like to work with Alex Brightman, Leslie Kritzer and the rest of the Beetlejuice cast. Presley and Marc talk about auditions, super fans, high school, and how exciting it is when dreams come true.