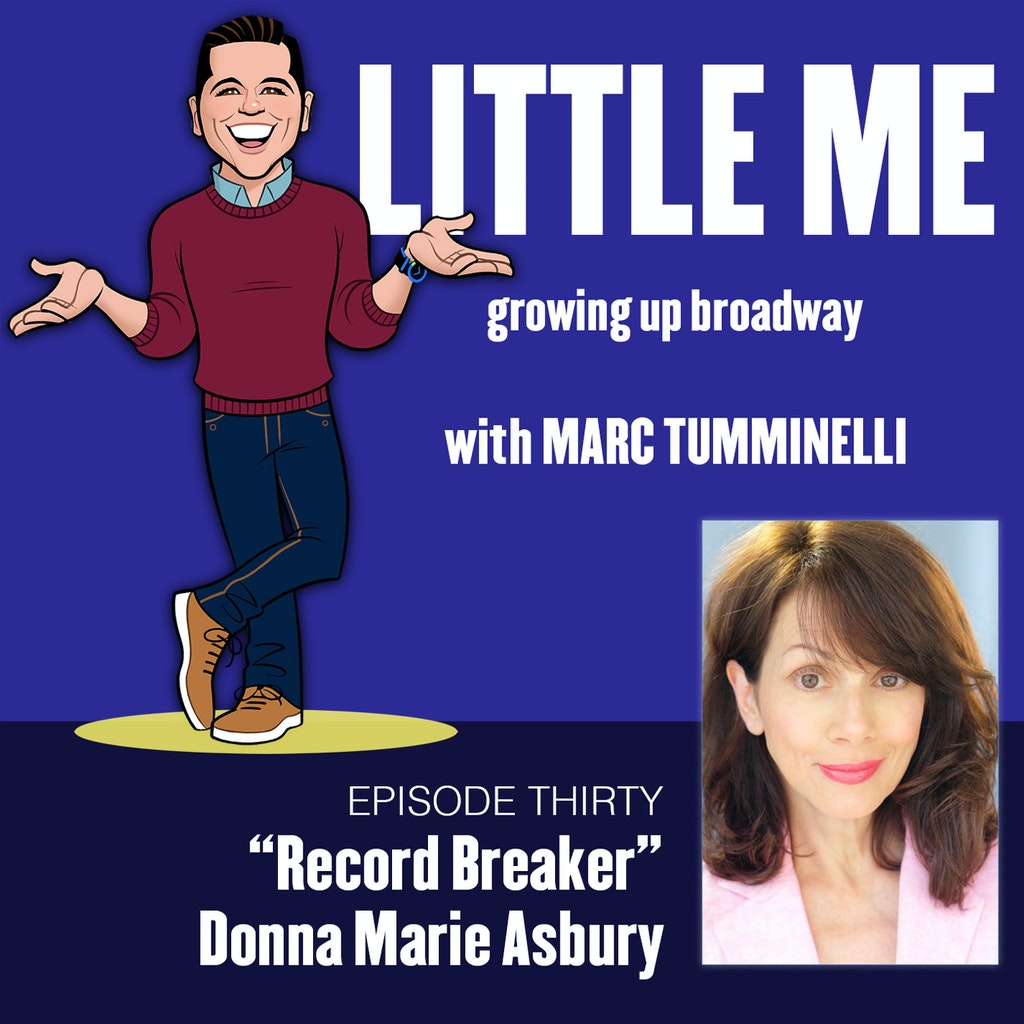 Donna tells her backstage and on stage story of her start singing “These Boots Where Made for Walkin'” in Tony Grant’s Stars of Tomorrow, meeting her first manager Loretta Marshall, booking her first Broadway show – the 1974 Broadway revival of Gypsy starring Angela Lansbury.

Donna talks about the lessons she learned working with Lansbury as well as her time in the Broadway cast of the historic Sondheim/Prince musical – Merrily We Roll Along, touring and playing the title role in Evita, returning to Broadway in the musical SMILE, touring with Marvin Hamlisch, being part of the original cast of Jerome Robbins Broadway and the subsequent international tour, playing Belle in the LA company of Beauty and the Beast, her record breaking performance in the Broadway cast of Chicago and being entered into the Guinness Book of World Records for her 20 year run playing “June” in the hit revival.

Donna Maire on Inside Edition