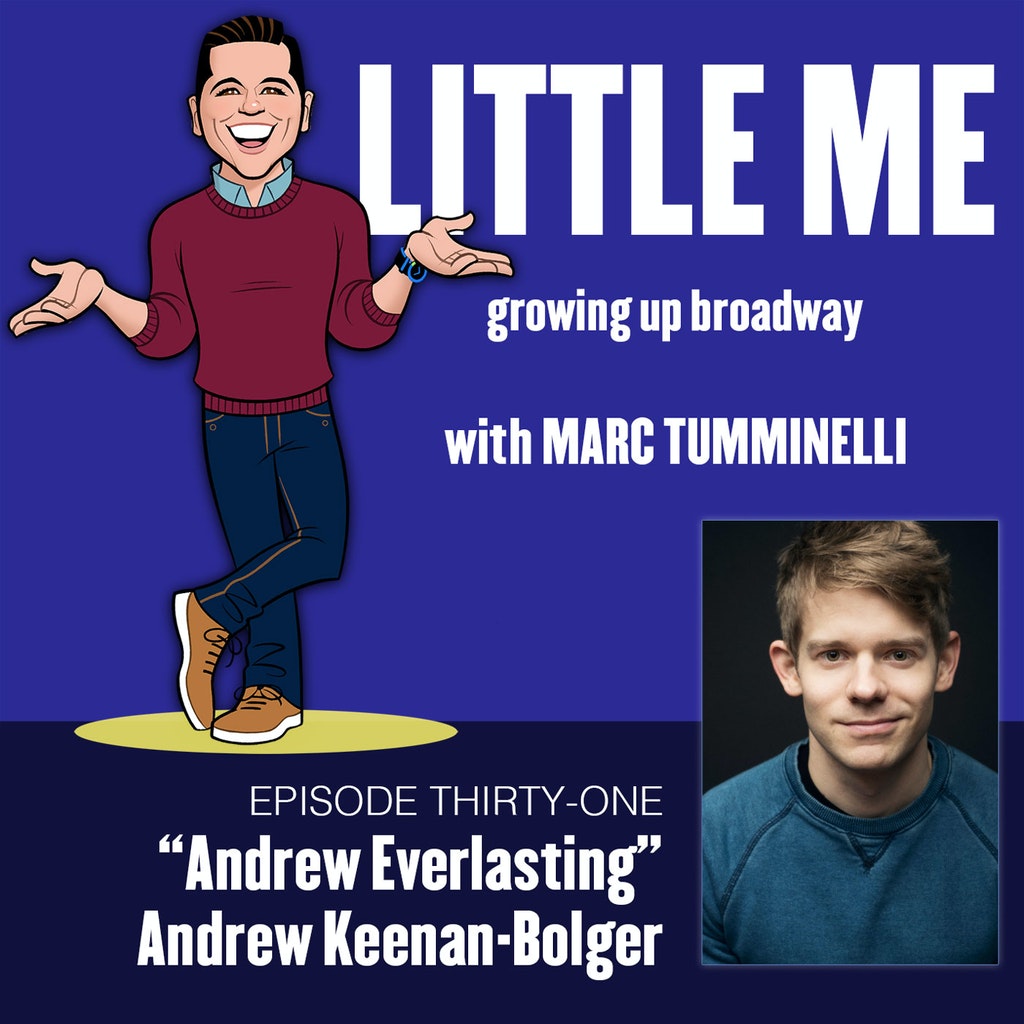 Andrew shares his incredible story of growing up as a theater kid in Detroit, booking one of his first auditions in New York Beauty and the Beast on Broadway, beginning his lengthy career of working for Disney Theatricals, running wild with other Broadway kids at the Marriott Marquis on two-show days, performing in the Broadway National Tour of Ragtime and A Christmas Carol at Madison Square Garden, and his heartbreaking experience with Seussical the Musical.

Andrew tells Little Me listeners about how his experience performing in a production of Peter Pan in Michigan helped him to fall back in love with theater all over again, studying musical theater at the University of Michigan, documenting moments backstage during the National Tour of Mary Poppins, the incredible Newsies fan base, being part of Tuck Everlasting from the first reading, the unexpected adventure of co-writing the Jack & Louisa book series and how it provided closure to his experience working on Seussical, and, most recently, acting opposite Nicole Kidman in The Undoing.