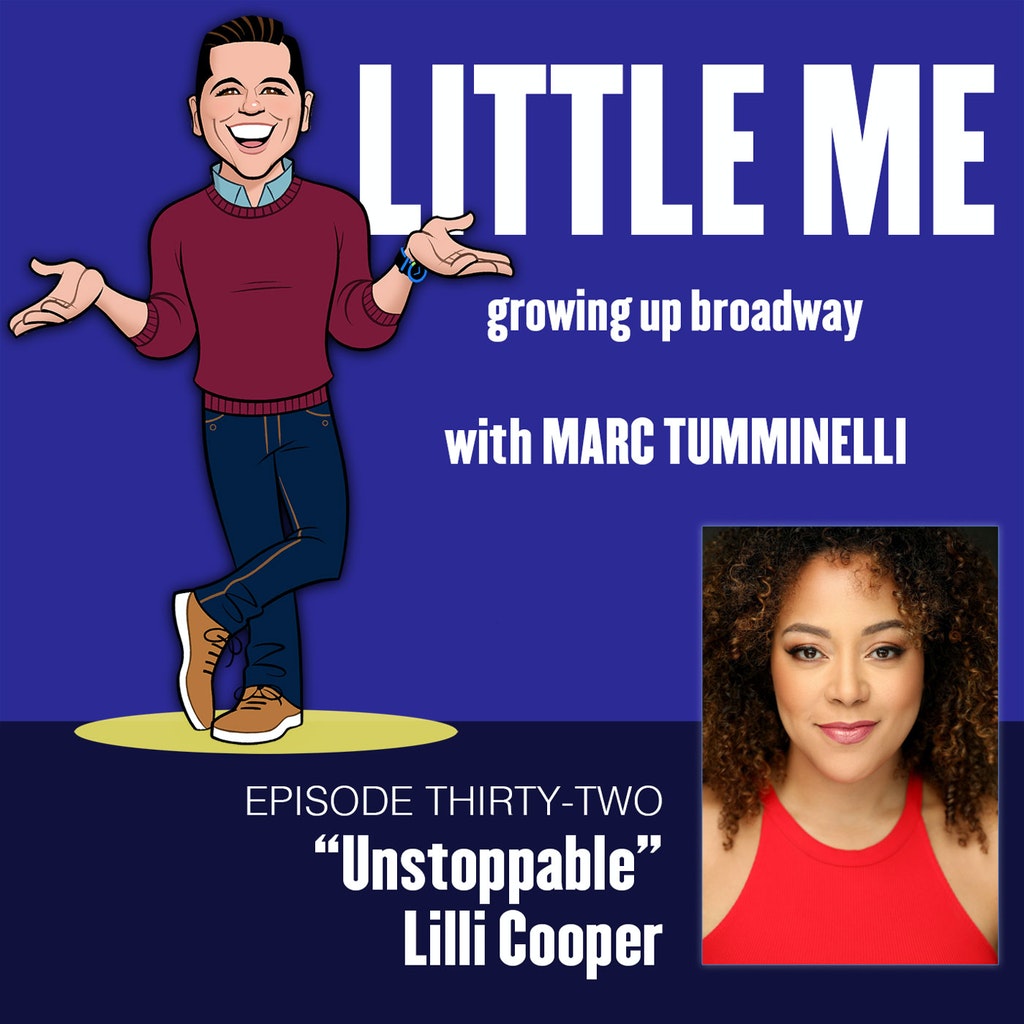 Broadway Star, Lilli Cooper breaks down her time starring in Spring Awakening while attending high school in this week’s episode of LITTLE ME!

Lilli sits down with Broadway Workshop director, Marc Tumminelli and shares her amazing story of growing up only blocks away from Broadway, visiting her dad, Tony Award-winning actor Chuck Cooper backstage at his shows, finding her group of friends through musical theater, and booking her very first professional audition at the age of 15- Spring Awakening!

Lilli talks about sharing the experience of being a teenager and performing on Broadway with her Spring Awakening cast mates, embracing the uncomfortable subject matter of the show, going to LaGuardia High School during the day and signing autographs at the stage door at night, attending the Tony Awards, performing at Radio City Music Hall with the cast, and running onstage when the show won the award for Best Musical.

Lilli gives us the backstage of being part of the Wicked family soon after graduating from Vassar College, performing as Elphaba in three different countries, why being the Elphaba standby on Broadway is the scariest job on Broadway, getting to audition for the role of Sandy in Spongebob Squarepants: The Broadway Musical with her friend-and star of Spongebob– Ethan Slater, the excitement of starring in Tootsie, working with the funniest people on Broadway, and the magical experience of receiving her first Tony Award nomination.