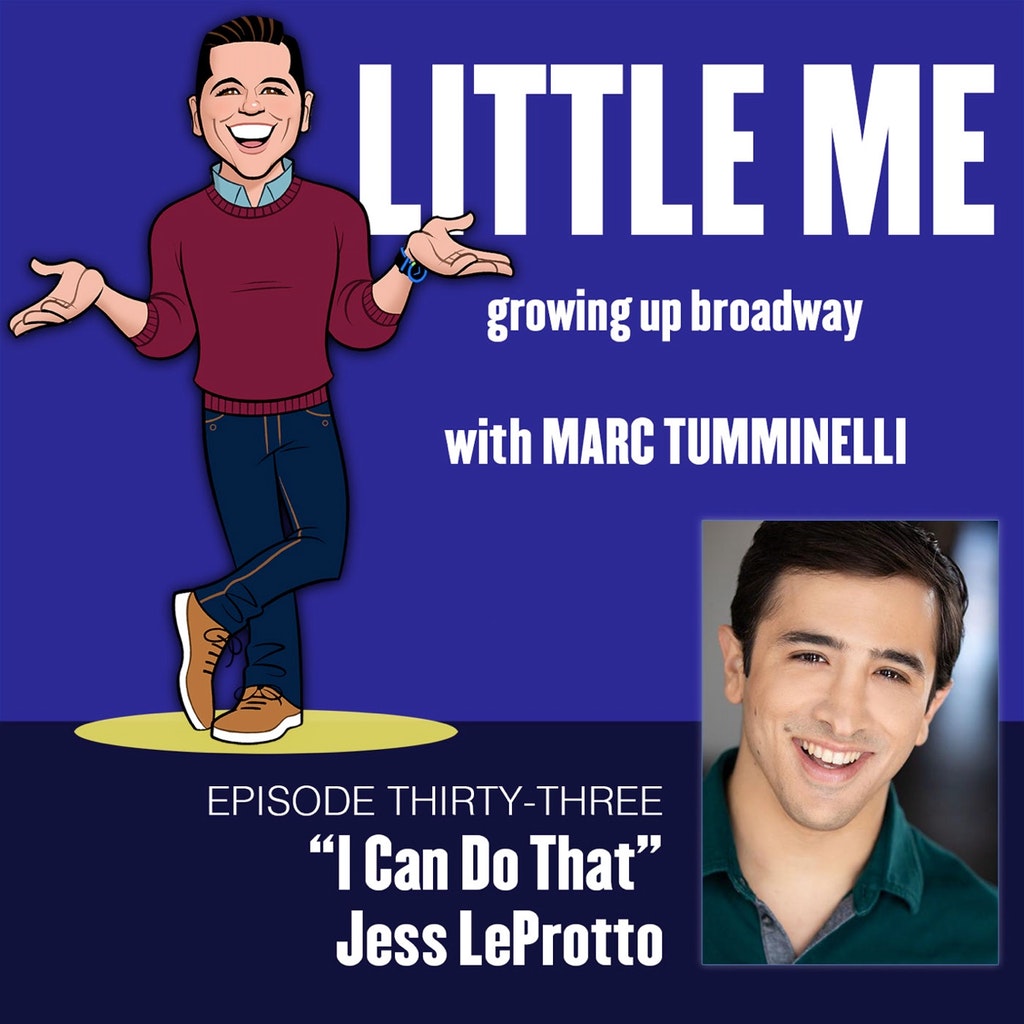 Jess LeProtto shares his backstage Broadway story in this week’s episode of LITTLE ME: Growing Up Broadway.

Jess sits down with Broadway Workshop director, Marc Tumminelli and tells his story of beginning dance classes at the age of three, performing in the Radio City Christmas Spectacular in Nashville, booking his first Broadway show at the age of 11-The Boy From Oz, going on as young Peter Allen with 40 of his family members and friends in the audience, and the moment when Hugh Jackman gave him one final bow at the end of the show-the same generosity of which he would also witness from Bette Midler many years later during his run in Hello Dolly.

Jess shares his experience being a student during the day and a Broadway actor at night for two years in a row while performing in Dr. Seuss’ How The Grinch Stole Christmas!, getting the call at the orthodontist’s office that he was cast in the revival of Bye Bye Birdie, singing with John Stamos onstage at a Beach Boys concert, and having the opportunity to learn physical comedy from his Bye Bye Birdie castmate, Bill Irwin.

Jess discusses the lengthy and intense audition process for So You Think You Can Dance, deciding to study musical theater at Pace University, why the most difficult part of Newsies was performing the curtain call, getting the chance to showcase his character skills in On the Town, the excitement of being a part of the Broadway revival of Cats, singing backstage with Renée Fleming and Joshua Henry at Carousel, his incredible experiences of acting and dancing alongside Bette Midler and Betty Buckley in the Broadway and touring productions of Hello Dolly, and working under the direction of the renowned Steven Spielberg on the upcoming film adaptation of West Side Story.

Produced by the Broadway podcast Network