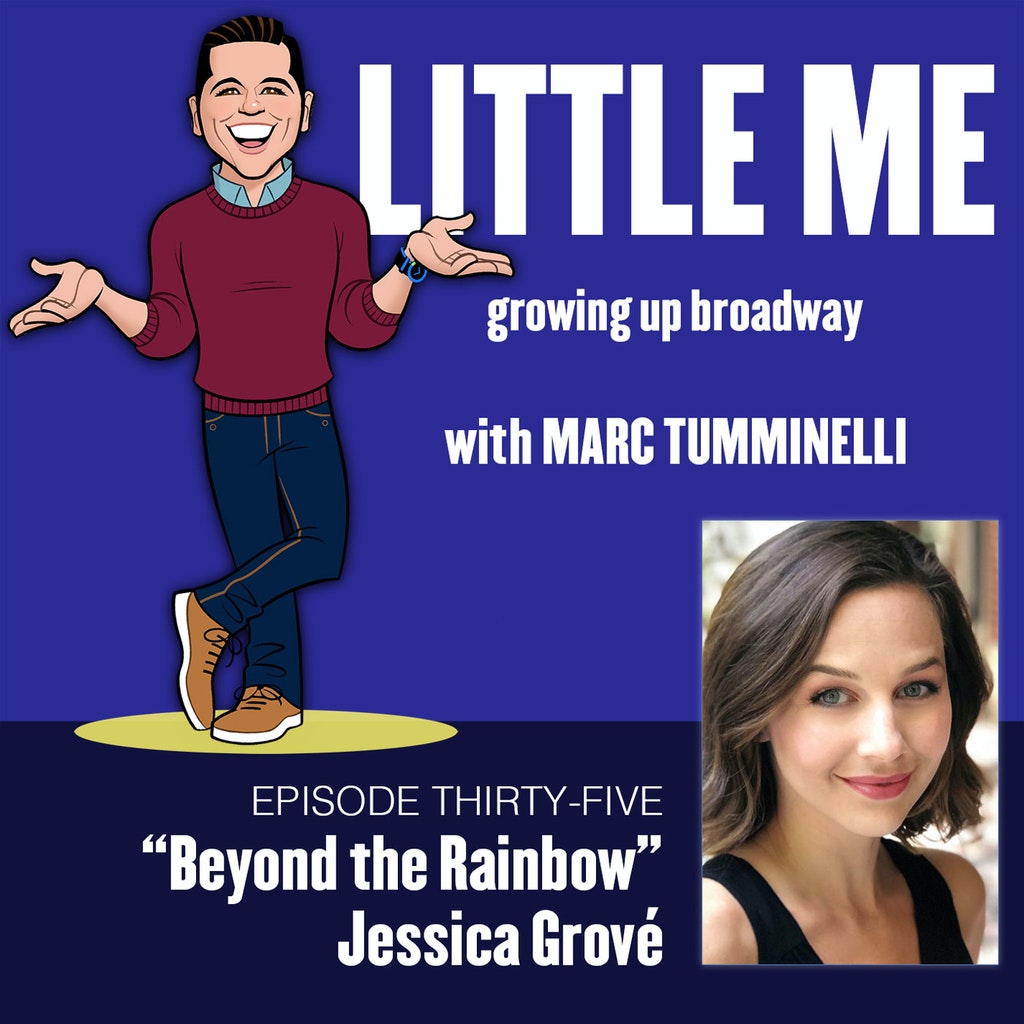 EP35 – Jessica Grove´- Beyond The Rainbow

Lion’s and Tigers and Bears and Jessica Grové! Jessica talks about her magical teens years playing “Dorothy” in the MSG/National Tour of The Wizard of Oz!

Broadway’s Jessica Grové sits down with Broadway Workshop director, Marc Tumminelli and shares her story of growing up in Ohio and performing in community theater shows with her family-including two productions of The Music Man, auditioning, attending a callback, and hearing that she booked the role of Dorothy in The Wizard of Oz at Madison Square Garden in the span of one week, the terrifying first days of rehearsals, getting the opportunity to work with a diverse cast, her comedic and sometimes challenging experiences performing alongside Roseanne Barr, and becoming acquainted with the large theatrical space within Madison Square Garden.

Jessica tells us about performing as Dorothy on tour, stories of working with the entertaining Mickey Rooney, receiving invaluable advice from the amazing Eartha Kitt, feeling a sense of family with the cast of The Wizard of Oz, making her official Broadway debut as Éponine in one of the last casts of the original Les Misérables, playing Miss Dorothy in Thoroughly Modern Millie, the difficult adjustment of transitioning from a child actor to an adult actor, being a part of The Boy Friend and working under the direction of her idol, Julie Andrews, and performing in two Sondheim shows on Broadway-Sunday in the Park with George, and A Little Night Music.

Produced by The Broadway Podcast