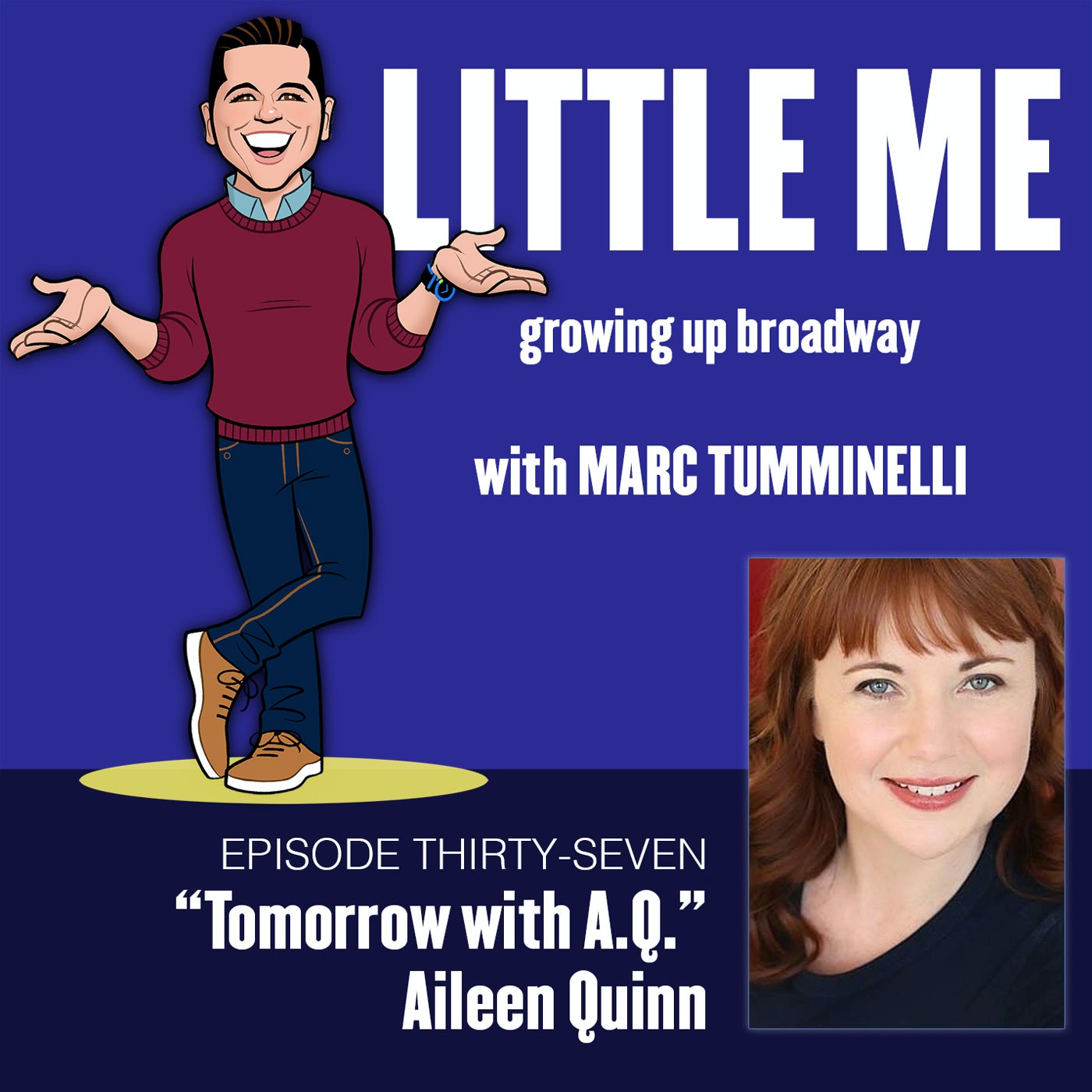 What is it like to star in the film version of the most beloved musical of all time? In this episode of LITTLE ME, actress, singer, and dancer Aileen Quinn breaks down her experience playing the title role in the 1982 hit film Annie, which launched her to worldwide stardom at only 9 years old!

Aileen sits down with Broadway Workshop director, Marc Tumminelli and shares incredible stories of starting her career as a young child acting in commercials, booking the role of a swing in Annie on Broadway on the same day as her audition, performing split tracks at only 8 years old, winning the role of Annie in the film over thousands of other girls, the wonderful experience of working alongside the multi-talented Carol Burnett, Albert Finney, Ann Reinking, and Bernadette Peters, and how they each took her under their wing during the filming process, attending the star-studded premiere of the movie at Radio City Music Hall, and quickly becoming one of the most notable child movie stars across the globe.

Aileen tells LITTLE ME listeners about how her family helped her stay grounded during this exciting and crazy time in her life, going on an international tour promoting Annie and how this experience sparked an interest in learning about the world—which she would pursue later in her academic studies, performing in regional theater productions during the years following the release of Annie, the Annie film contract, acting alongside Helen Hunt in The Frog Prince, attending Drew University and her life-changing experience of studying abroad in Chile, returning to theater in the Broadway National Tours of Fiddler on the Roof, Peter Pan, and Saturday Night Fever as well as the Broadway production of Peter Pan, the full-circle moment of teaching at Monmouth University where scenes of Annie were filmed, and the excitement of forming her band, Aileen Quinn and the Leapin’ Lizards!

Find out more about Aileen Quinn and the Leapin’ Lizards