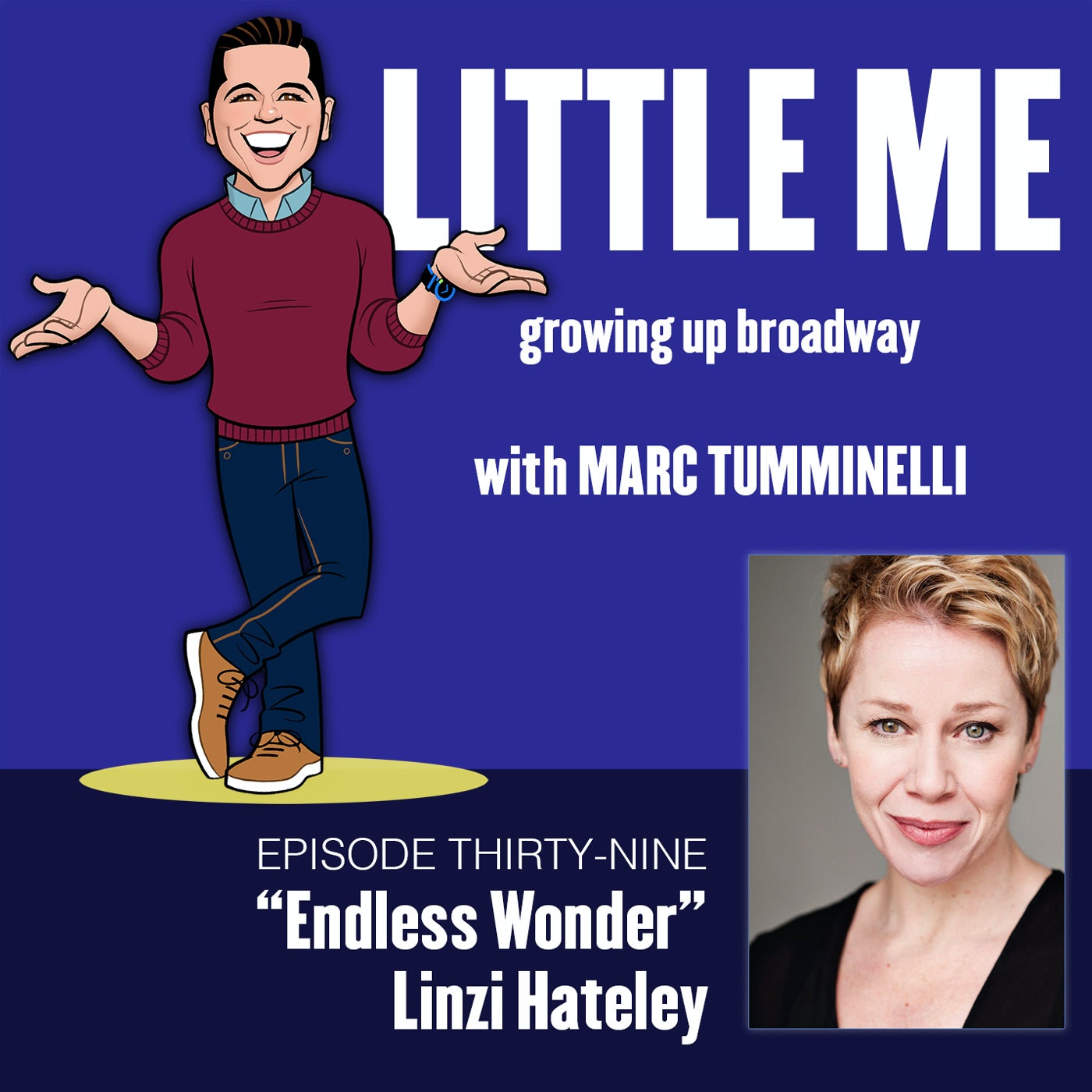 Hear the story of how Broadway and West End star Linzi Hateley who went from being a high school student to starring as the title role in the original production of Carrie in this week’s episode of LITTLE ME!

Linzi Hateley sits down with Broadway Workshop director, Marc Tumminelli and shares how her passion for theater developed at a very young age, playing Duffy and Pepper in a London tour of Annie, attending Italia Conti Academy of Theatre Arts in London as a teenager, the wonderful experience of auditioning for Carrie and being in the same room as choreographer Debbie Allen, and finding out she booked the role of Carrie on her 17th birthday.

Linzi discusses the feat of being the youngest actor to ever star in a show at Royal Shakespeare Company, the beautiful relationship she developed with her Carrie costars Barbara Cook and Betty Buckley, transitioning with the show to Broadway—which was her first time being in New York, feeling excited to be starring in her first Broadway musical, the overwhelming response from audiences, getting to celebrate opening night with her family, meeting Stephen King, author of the novel Carrie, and receiving praise for her portrayal of the character, and feeling devastated when she heard that the show was closing only 3 days after opening night.

Linzi also talks about continuing her career after Carrie as Éponine and later Madame Thenardier in Les Misérables, the story behind the iconic Éponine scream, reuniting with Betty Buckley at Carnegie Hall a decade after Carrie and why it is a highlight of her life, and performing in the West End as Martha in The Secret Garden, The Narrator in Joseph and the Amazing Technicolor Dreamcoat (Olivier Nomination), Roxie Hart in Chicago, Mrs. Banks in Mary Poppins, Nancy in Oliver!, Donna in Mamma Mia! and the recent re-release of her incredible solo albums.