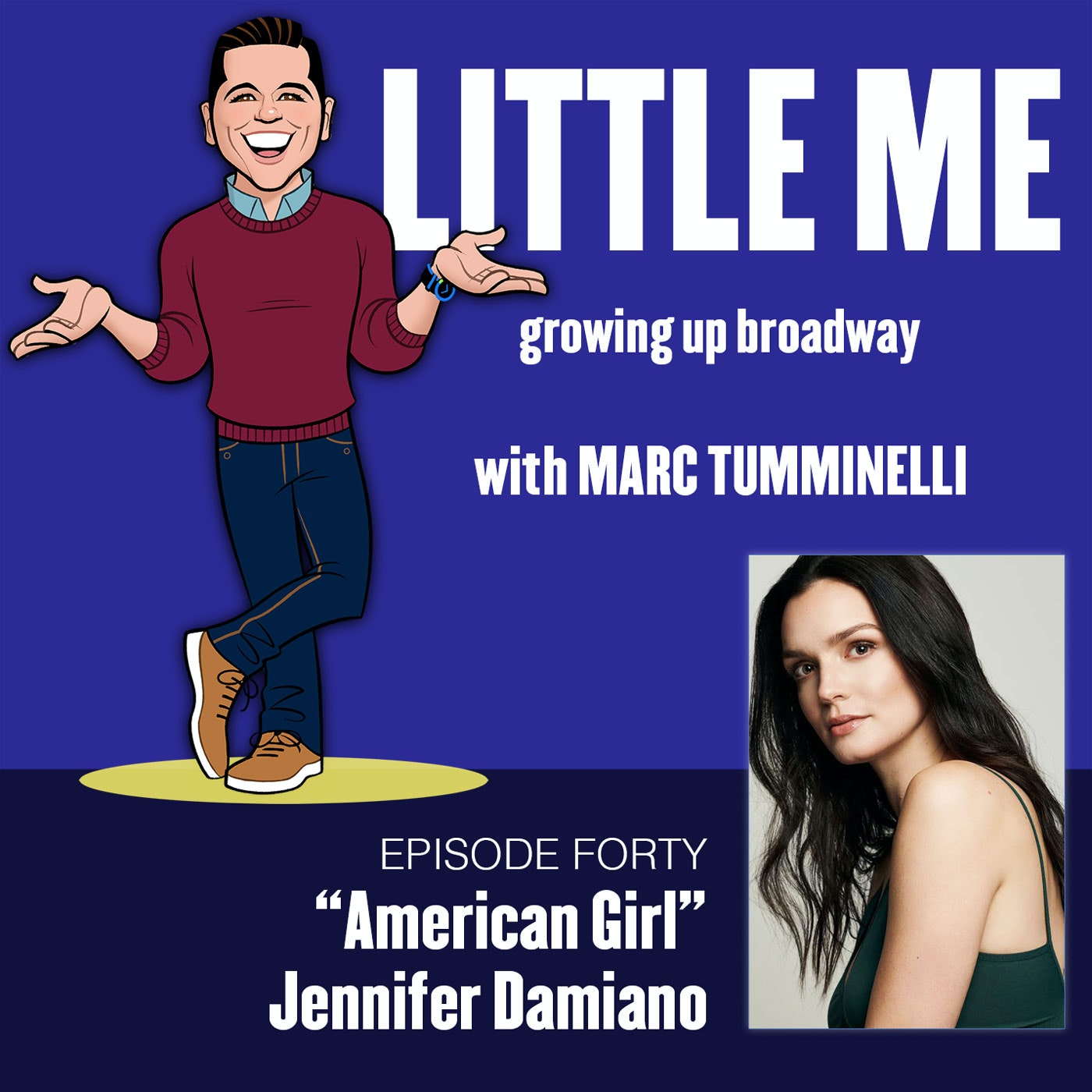 TONY Nominee, Jennifer Damiano talks about being a teenage Broadway star in episode 40 of LITTLE ME: Growing Up Broadway.

Jenn sits down with Broadway Workshop director, Marc Tumminelli and tells listeners about her wonderful experience performing in shows with Random Farms Kids Theater, playing Josefina and Samantha in The American Girls Revue at American Girl Place, traveling to Los Angeles for a Sex and the City promo, and making her Broadway debut in the original company of Spring Awakening at 15 years old.

Jenn shares what it was like being in the hottest show in New York in tenth grade, her magical first experience attending and performing at the Tony Awards, booking the role of Natalie in Next to Normal and why the show changed her life, working with the talented Michael Greif, being a part of the evolving nature of the show between the Off-Broadway and Broadway productions, and receiving her first Tony Award nomination at only 17 years old for her brilliant portrayal of Natalie.

Jenn talks about the excitement and fear surrounding Spider-Man: Turn Off the Dark, the transition from the intimate feel of Next to Normal to the big Broadway production of Spider-Man, working again with Duncan Sheik on American Psycho and Bob & Carol & Ted & Alice, and tells listeners to look forward to Black No More, a new musical at The Signature Theatre with The New Group when theater returns to New York.