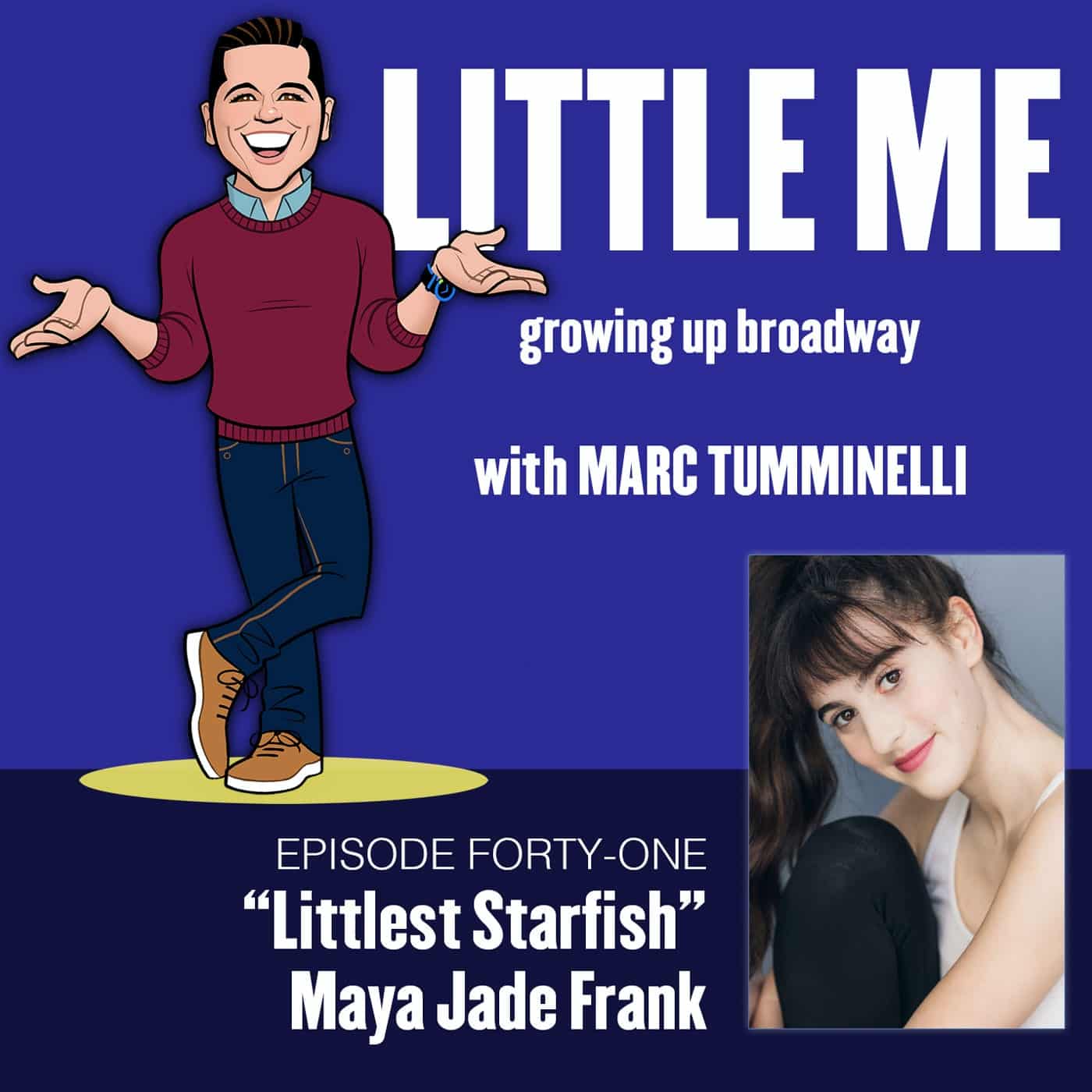 Broadway and Disney Channel star – Maya Jade Frank catches up with Marc Tumminelli this week on LITTLE ME: Growing Up Broadway.

Maya Jade Frank, now 19 years old, looks back at her professional stage debut in the New York Musical Festival production of Hurricane, her first major job in the Broadway national tour of Les Miserables, making her Broadway debut in the original revival cast of EVITA starring Ricky Martin and then taking over the role of Jane banks in MARY POPPINS on Broadway. Marc and Maya remember her early days at Broadway Workshop and playing the role of the littlest star fish in very first Broadway Workshop main stage of THE LITTLE MERMAID.

Maya dishes on playing Belissa in Disney Channel’s Bizaardvark, and receiving an Emmy nomination for her work on Nickelodeons History and Heritage and creating the YA SISTERS with her sister Tehya,