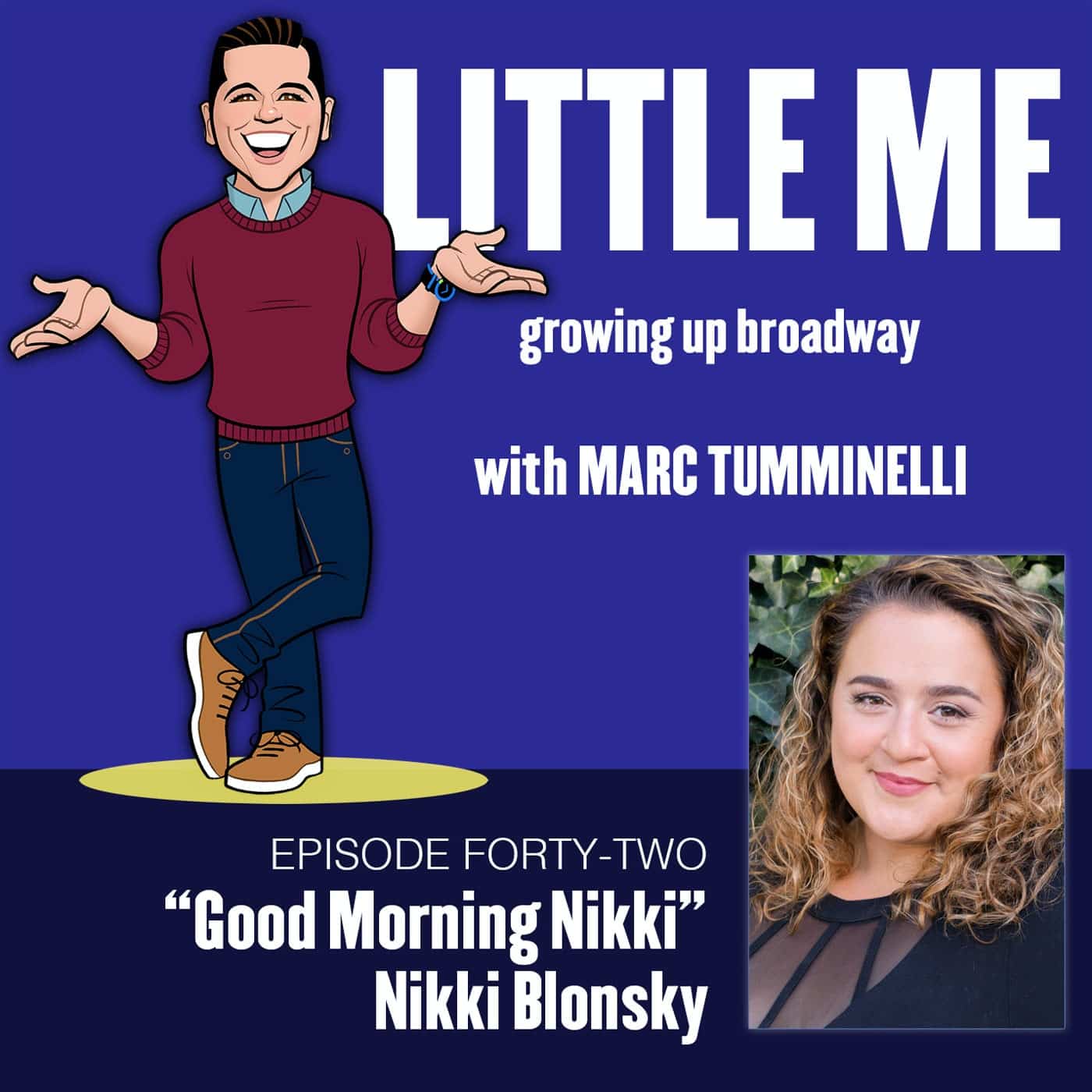 Hairspray star – Nikki Blonsky talks about how she went from being a high school theater kid to starring in one of the most successful movie musicals of all time in this week’s episode of LITTLE ME!

Nikki sits down with Broadway Workshop director, Marc Tumminelli and shares her story of growing up with a passion for music, her unique theater training high school and how it provided her with a strong foundation for taking on the role of Tracy in the 2207 film Hairspray. Nikki shares her story on finding out she booked the role of “Tracy” while working at Cold Stone Creamery on Long Island, watching the film prior to its release and seeing her dreams come true right in front of her eyes, and traveling the world for a 10-month press tour with her mom—and Zac Efron!

Nikki talks about receiving a Golden Globe nomination, performing in the Macy’s Thanksgiving Day Parade and why it was one of the highlights of her career, starring in the television show Huge on ABC Family, seeing herself on a billboard in Times Square, filming Smash and Ugly Betty, being the “Queen of Cameo” and engaging with her fans through the platform, her coming out video that gained widespread attention on Tik Tok and the Internet, and her new podcast Nikki Nights.