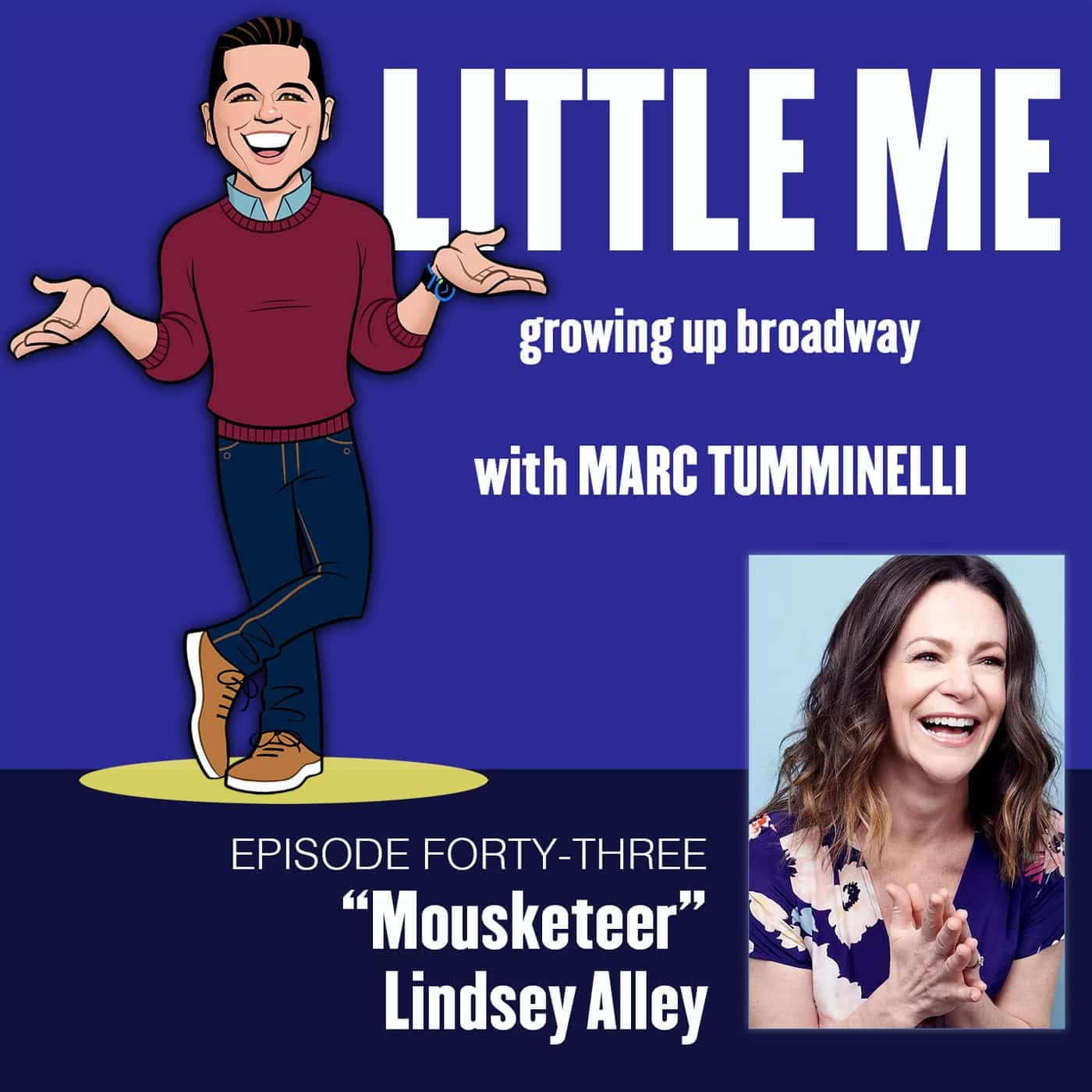 Hear singer and actress Lindsey Alley break down her time performing as a “Mouseketeer” on the Mickey Mouse Club on this week’s episode of LITTLE ME!

Lindsey sits down with Broadway Workshop director, Marc Tumminelli and talks about growing up watching movie musicals as a child, playing Annie at the Burt Reynolds Dinner Theatre and developing a friendship with Burt Reynolds, having fun filming Ernest Saves Christmas, and making her big break in the Mickey Mouse Club!

Lindsey tells LITTLE ME listeners about being a Mouseketeer for six years, receiving fan mail and being recognized in public, acting and singing alongside future pop stars Christina Aguilera and Britney Spears, the challenges of growing up on live television and her wonderful experience studying theater at University of Missouri.

Lindsey talks about being a part of the readings of Paper Moon, understudying Donna Lynne Champlin in Carol Burnett & Carrie Hamilton’s play Hollywood Arms on Broadway, having a “pinch me” moment while auditioning for Hal Prince, working on the musical version of First Wives Club, her YouTube show On The Patio, and her solo show and so much more.