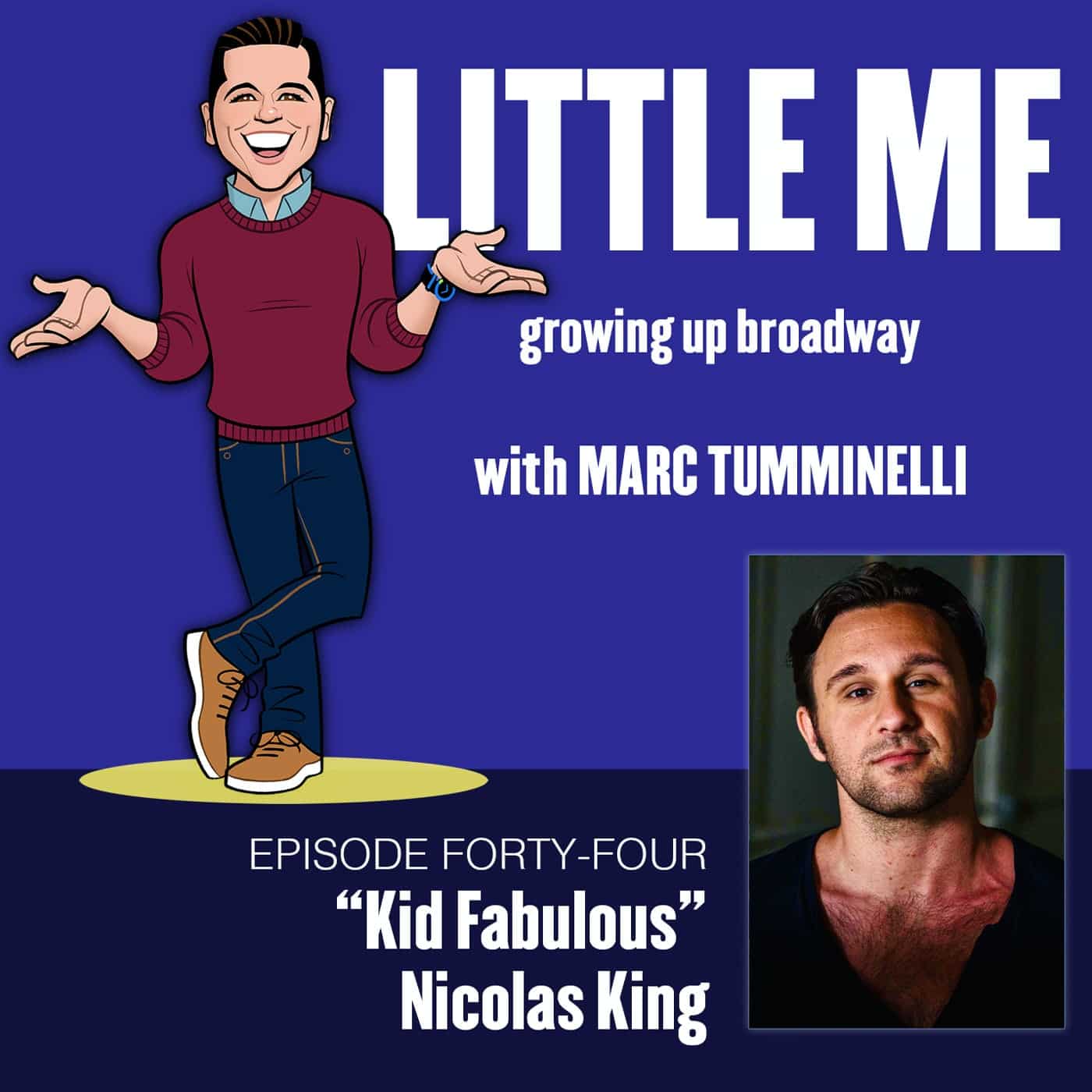 Listen to Broadway star and jazz singer Nicolas King talk about working with some of the biggest names in the entertainment industry on this week’s episode of LITTLE ME!

Nicolas sits down with Broadway Workshop director, Marc Tumminelli and talks about growing up going to his grandmother, Angela Bacari’s cabaret gigs, acting in many national commercials, taking trips back and forth from Rhode Island to Manhattan several times per week for auditions, making his Broadway debut in Beauty and the Beast and recently learning that he was the longest-running Chip, performing opposite Andrea McArdle and creating connections with the wonderful cast of the show, and making an appearance on The Tonight Show with Jay Leno and talking about his love for Liza Minnelli.

Nicolas shares the story of getting asked by Tom Selleck—who was also on the same episode of the Tonight Show with him—to audition for A Thousand Clowns and booking the Broadway play after 7 callbacks, getting a knock on his dressing room door from Carol Burnett and Hal Prince who offered him a role in their new play Hollywood Arms, and working with his idol, Neil Simon on his final piece of work before the project unfortunately fell through.

Nicolas tells LITTLE ME listeners how Michael Jackson saved his grandmother’s life, getting to know Liza Minnelli after meeting her many times throughout the years, receiving the call from Liza to open for her on the road, the many magical moments of working with Liza on and off for 10 years, her unwavering support for his singing career and his amazing solo albums.